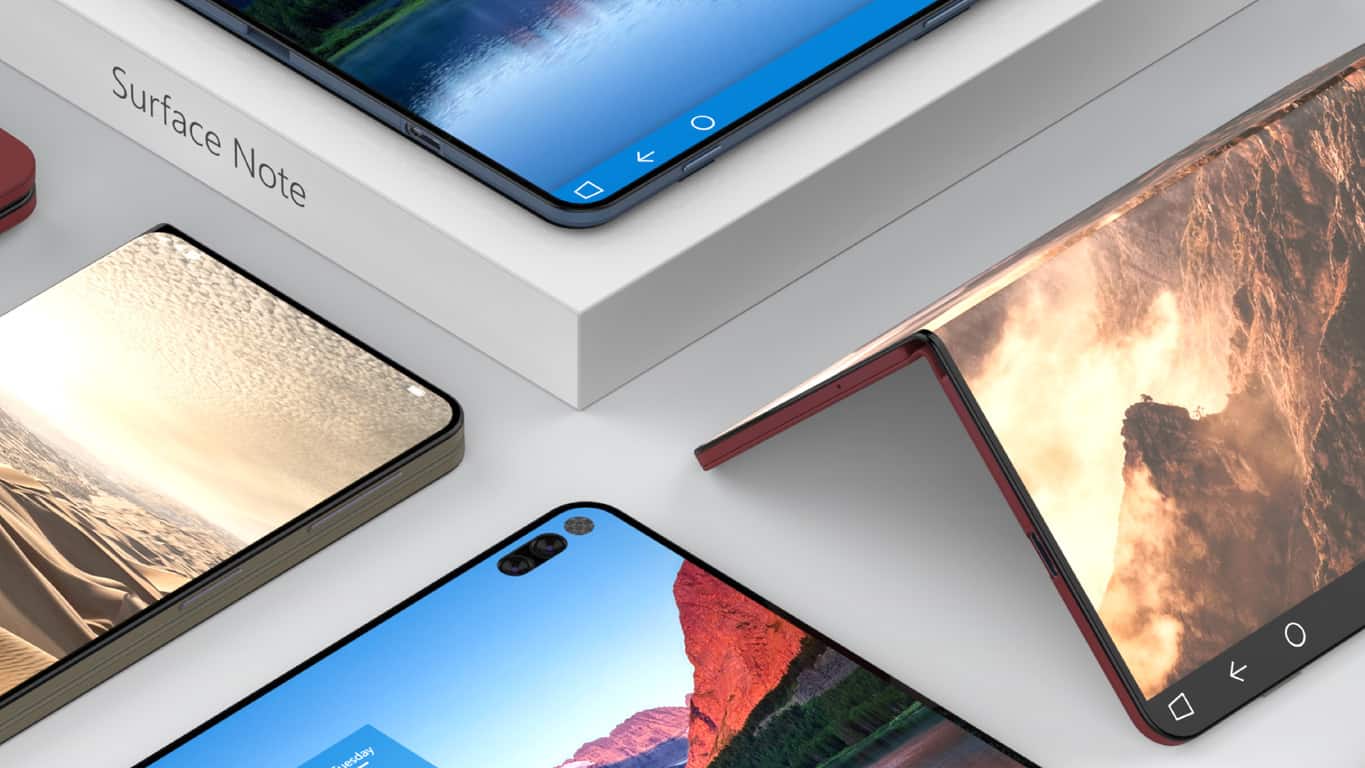 Microsoft may well have no more surprises left for its Surface event tomorrow, as the flow of leaks apparently isn’t drying up today. After leaking new marketing pictures for the Surface Pro 7, Surface Laptop 3, and the new ARM-powered Surface, Evan Blass (aka @evleaks on Twitter) has revealed the name of the new OS that Microsoft created for foldable and Chromebook-like devices. According to Blass, what we used to call “Windows Lite” until now will be named Windows 10X. 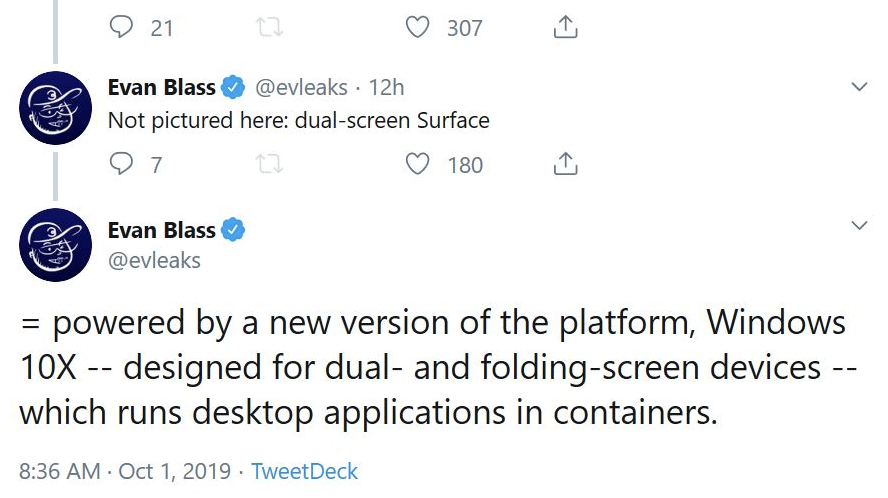 If “Windows 10X” is indeed real, it looks more and more certain that Microsoft will unveil, or at least talk about, its dual-screen "Centaurus" device that is supposed to run this new OS tomorrow. According to Blass, Windows 10X will support legacy desktop applications in containers, which if true would make this device much more interesting. Not supporting Win32 apps certainly played a role in the demise of Windows RT a couple of years ago, and there was definitely a lesson to be learned for Microsoft: keeping compatibility with legacy Windows apps is very important for consumers, especially when you launch a new OS named "Windows."

Whether "Windows 10X" is good or bad branding is debatable, but it will be interesting to see what branding Microsoft has chosen for its dual-screen "Centaurus" device. As pointed out Twitter user WalkingCat, "Surface X" could make sense if this device does have a 360° hinge. Moreover, it would also be some kind of nice homage to the first Surface device, the Surface RT, which was the launch device for Windows RT.

We won't have to wait much longer to find out, and leaks may still happen before Microsoft's Surface event kicks off tomorrow. It's really unfortunate that Microsoft hasn't been able to keep all this information under wraps, but hopefully that won't make tomorrow's event less enjoyable for Surface fans.

How to Use OneDrive Personal Vault