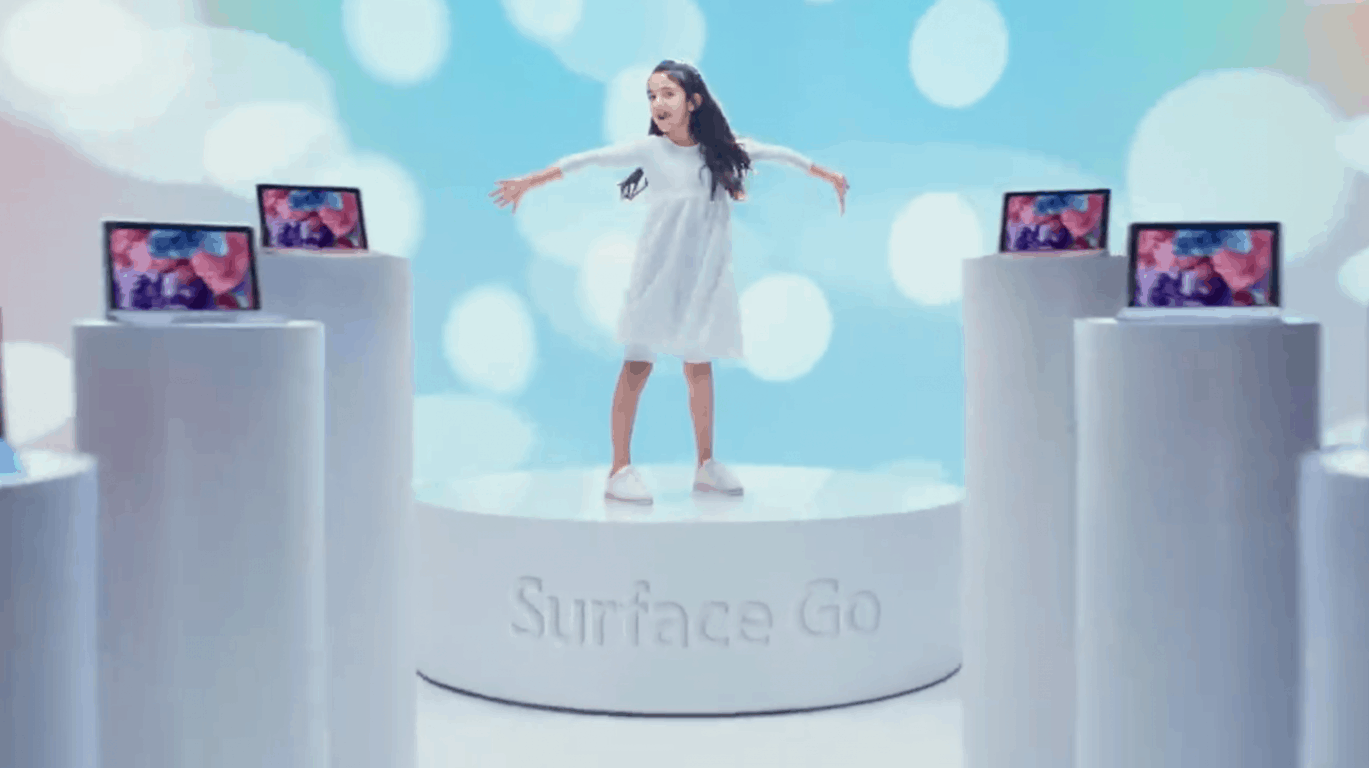 As the holiday season begins, Microsoft has just released a new Surface Go ad that takes some shots at the iPad. The 30 seconds video shows a cute little girl singing “my dreams are so big I need a real computer,” and it’s pretty hard to ignore the reference to Apple’s controversial “What’s a computer” ad for the iPad Pro.

In case you have some doubts about Microsoft’s snarky intentions, here are the full lyrics for the song:

Overall, the ad is well done and the lyrics are pretty funny, and this likely will become a memorable addition to the series of Microsofts ads that make fun of Apple products. The Surface Go is definitely a great gift for a 10 years old kid, even though as a pure tablet it probably isn't as good as an iPad. After all these years, the tablet mode in Windows 10 remains quite unfinished, and the iPad just has a huge number of tablet-optimized apps that the Surface Go and other Windows 10 tablets still lack.

Starting at $399, the Surface Go is Microsoft's most affordable Surface ever, and the company recently launched an LTE variant that starts at $679. Microsoft doesn't reveal sale numbers for its Surface devices, but according to AdDuplex it's already the 5th most popular Surface device and quickly catching up to the 2015 Surface 3.