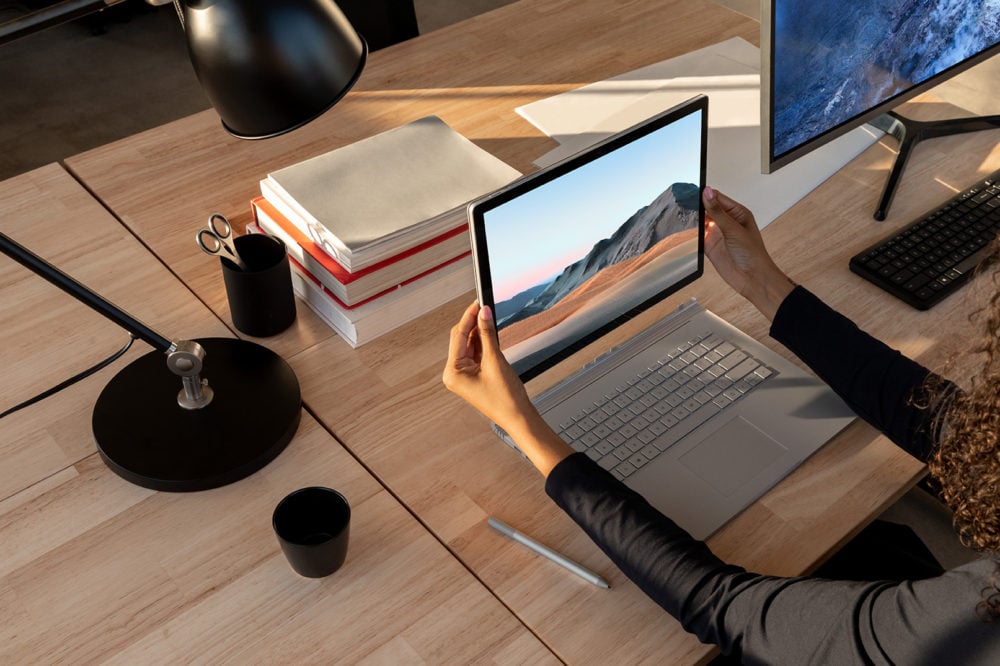 Following the release of the Surface Go 2, Surface Earbuds, and Surface Headphones 2 last week, Microsoft has started shipping its new Surface Book 3 in select markets today. The new 2-in-1 PC is the company’s most powerful Surface laptop with new 10th gen Intel Core i5/i7 processors, up to 32GB of RAM, and optional Nvidia GeForce GTX 1650/1660 Ti GPUs on the consumer version.

There are no significant design changes between the Surface Book 3 and the Surface Book 2, though Microsoft has redesigned the hinge mechanism to make the process of detaching the screen more seamless. The company also promises up to 17.5 hours of battery life on the 15” model (up to 15.5 hours on the 13.5” model), though as usual your mileage may vary.

Nearly three years after the launch of the Surface Book 2, a new model with beefier specs was long overdue. However, Microsoft’s design choices for the Surface Book line are still holding it back. The company could include more powerful components if it didn't require keeping the CPU in the tablet side of the device, where there's less room for a more powerful chip. The Surface Book 3 and its detachable design may not be the ideal product for those of you looking for a "Surface Laptop Pro," but this new version is still much more "Pro" than the Surface Laptop 3, which has no dedicated GPU even on the 15" model.

How to disable your lock screen permanently on Windows 10