New apps and services are an important part of Microsoft’s strategy. The latest app to be taken out of the Microsoft Garage, an app workshop run by Microsoft employees from around the company,  is Plumbago. It is a note taking app with an emphasis on handwriting. We reported the rumor of it being on the way earlier this month but it is now officially available for download for Windows 10 or Windows 8.x.

Our initial impressions were correct. Plumbago looks like Fresh Paint mixed a little bit with OneNote. While some see this as redundant, this is only a Microsoft Garage app so it isn’t looking to be a part of or compete with the Microsoft Suite of productivity apps.

The app description highlights a few key features including adjustable handwriting smoothness, “realistic ink and paper,” adding pictures and a few more. The app has only recently been released but initial impressions are good with the app delivering a good writing experience as promised.

One feature that fans will likely welcome back is the radial menu. This is a popular layout for those using a stylus who want to quickly switch between how their stylus draws on the screen.

Microsoft has put up a blog post on Plumbago including the video shown below breaking down the new app.

We’ll have to wait and see to know how the features and layout of Plumbago integrate with the rest of Microsoft’s apps but for now you can give it a try for yourself. 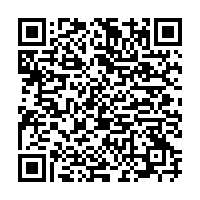