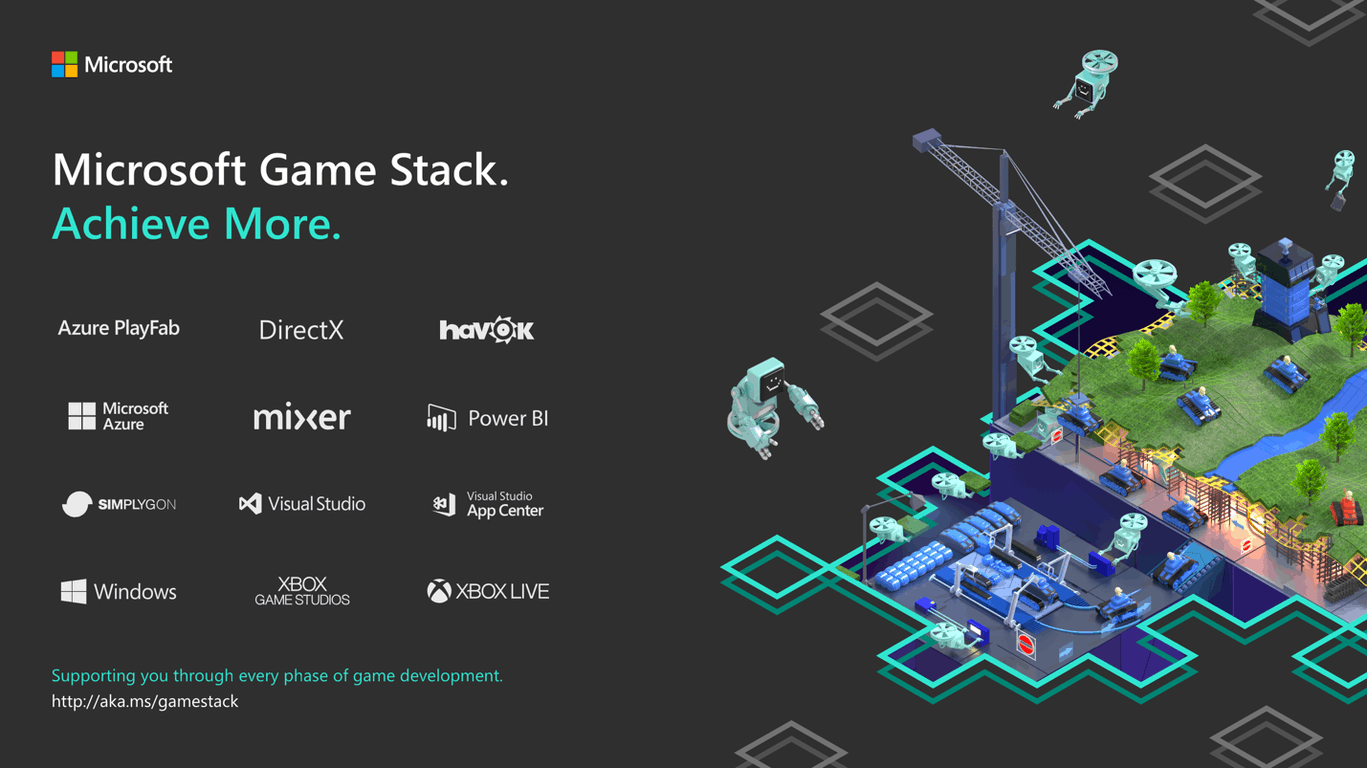 Ahead of E3 2019, and GDC next week, Microsoft appears to be getting all of its technical ducks in a row by announcing several technologies over the past couple of months that dovetail with the company's gaming vision beyond the console.

Individually, each of the platforms have a history within Microsoft's developer community as storied resources except for PlayFab which appears to be the lynchpin for the company's new initiative.

According to Kareem Choudhry, corporate vice president of Microsoft's Gaming Cloud, the recently acquired PlayFab will play a big role in leveraging the immense power of the company's Azure cloud and repurposed for game developers as a real-time analytics tool with LiveOps capabilities that spans devices and platforms to include games on Android, PC, Web, Xbox, iOS, Nintendo Switch and even Sony's Playstaiton.

The next piece of Game Stack is PlayFab, a complete backend service for building and operating live games. A year ago, we welcomed PlayFab into Microsoft through an acquisition. Today we’re excited to announce we are bringing PlayFab into the Azure family. Together, Azure and PlayFab are a powerful combination: Azure brings reliability, global scale, and enterprise-level security; PlayFab provides Game Stack with managed game-development services, real-time analytics, and LiveOps capabilities. Last fall, we saw what these two platforms can do together with PlayFab Multiplayer Servers, which allows you to safely launch and scale up multiplayer games by dynamically hosting your servers with Azure cloud compute.

Not only is PlayFab becoming the cloud translate for game developers but it will be coming with some new features to spur usage.

As part of a preview for developers, studios will have access to:

Other tidbits in the Game Stack announcement include an Xbox Live SDK expanding to include iOS and Android devices as well as combining PlayFab and Game Stack components such as App Center and Visual Studio Code (VSC) for a more streamline developer environment.

With this announcement, Microsoft seems to be throwing everything but the kitchen sink at Game Stack, making it perhaps the most ambitious undertaking the company has done in gaming since deciding to push forward with the original Xbox. Sure, gamer attention might be more titillated with news of Microsoft buying a studio like Rockstar or EA but for longevity of Xbox as a part of gaming evolution, Game Stack is big bet with a lot of payoff for developers and gamers.