Microsoft's new Battletoads game will be released on August 20 on Xbox One, PC, and Xbox Game Pass - OnMSFT.com Skip to content
We're hedging our bets! You can now follow OnMSFT.com on Mastadon or Tumblr! 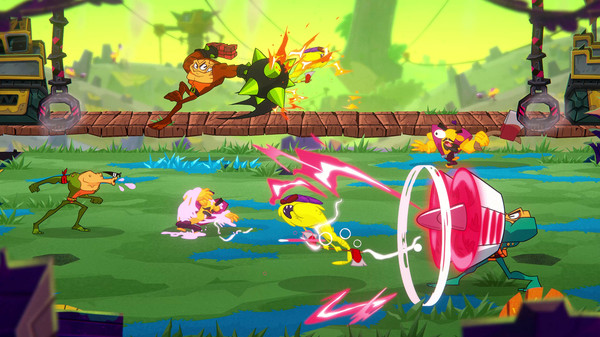 Battletoads, Rare’s decades-old beat em’ up franchise, is coming back to life next month with a new game developed by Dlala Studios. It’s been quite some time since we last heard about this new game, but Microsoft has just revealed that it’s coming on August 20 on Xbox One, Windows 10, Steam, and Xbox Game Pass.

"It’s been quite a while — 26 years, in fact — but at long last, the Battletoads are ready to morph, leap and smash their way back into the limelight for an all-new adventure helmed by Dlala Studios and supported by series creator Rare, a partnership first teased during the Xbox E3 2018 Briefing,” wrote Adam Park, Head of Brand and Licensing at Rare.

This new Battletoads game will features familiar protagonists Zitz, Rash and Pimple, and it will support three players co-op. The vintage Battletoads games were notoriously difficult, and rest assured that this new game will come with different difficulty settings. As for the art style, Dlala Studios opted for hand-drawn graphics reminiscent of cartoons of the nineties.

The Steam page for Battletoads is now live, but you can't pre-order the game yet. The Microsoft Store listing is still missing, and the Xbox Wire blog post curiously didn't include pricing details for the game. However, it's currently listed at $19.99 at GameStop. We'll update this post with the Microsoft Store link once it goes live.