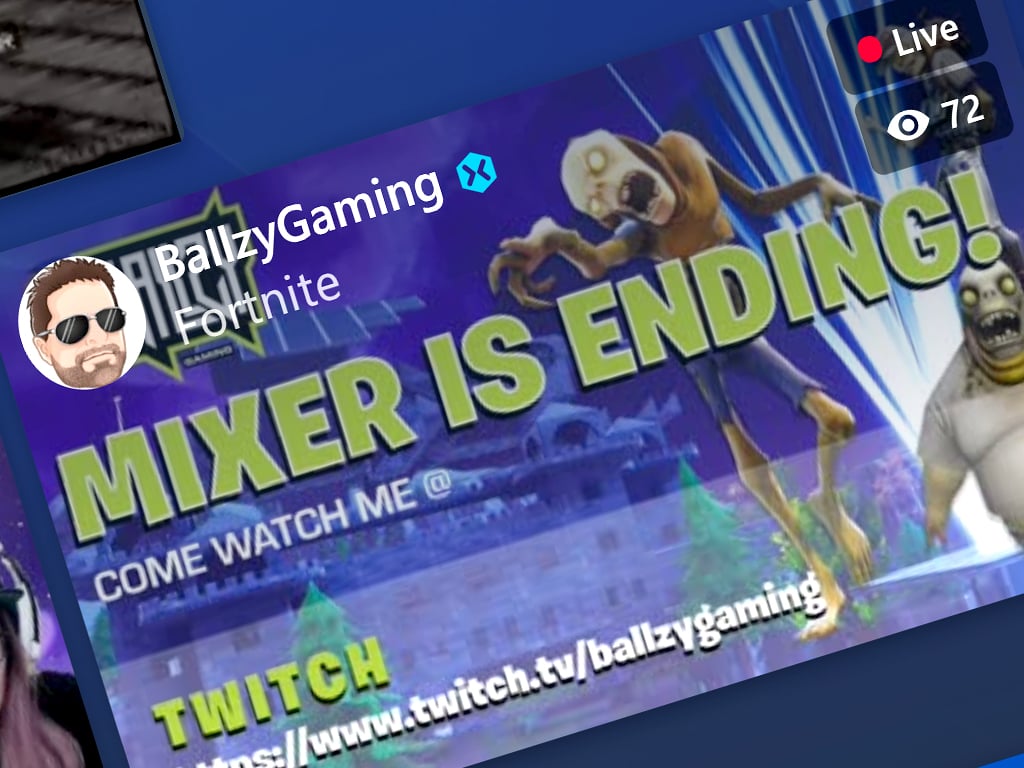 The day is finally here. Sometime today, on the 22nd of July 2020, Microsoft’s Mixer streaming service will cease to function and go offline.

As of the time of this writing, the Mixer website is still up and a surprising number of streamers are continuing to broadcast on their channels. Some giving the service a final farewell, others still clearly frustrated with Microsoft over abandoning yet another service or product, and many promoting their new channels on Twitch.

Many Mixer streamers and community members have also taken to Twitter to say their farewells and reflect on the experience. Here’s just a few of the tweets:

Goodbye @WatchMixer, thank you for the lifelong friendships and memories. pic.twitter.com/2tJhzcjkYG

Can honestly say, @WatchMixer I gave you my all. My heart is broken from how things ended, I was with you till the bitter end. Thank you for providing me the place where I gained an amazing community and family. We had many great memories that I’ll carry with me. Next chapter.

There are so many more moments from my time at Mixer and so many more amazing people I've interacted with while I was there and after I left. I'll remember them as long as I can and know that every one of you made an impact on me and helped me get to where I am today. Love ya'll. pic.twitter.com/Cfp6aOU4RE

As I say a sad goodbye to Mixer…I’m also happy and thankful. Because of the platform I grew into a strong, compassionate, intelligent, outspoken and charismatic content creator. pic.twitter.com/G6VJjPNR9p

It's so near to Mixer closing up for good. It leaves me feeling weird about it. It's like closing a book. I'm excited for the next book but man, Mixer sure was something.

It was fun while it lasted ✌🏼 thanks for the all the support you gave to my small itty-bitty channel on mixer 🥰 pic.twitter.com/0xYFBruj9y

By far one of the more impressive gestures has been made by the two Mixer fans who created a Mixer tribute video and website. Make sure to give it a look here.

A special farewell video was also made by numerous Xbox Ambassadors.

Thank you for watching Xbox Ambassadors on Mixer! #XboxAmbassadors https://t.co/W6SQiXXvqr

Mixer showed a lot of potential and had an extremely loyal following of users and viewers. The platform was growing over time but apparently not at the speed at which Microsoft wanted. A deal seemed to have been struck with Facebook Gaming to migrate Mixer streamers over to that Facebook-owned platform but the majority have clearly made the switch to Twitch, which is understandable given how popular it is.

Looking for some quality Mixer streamers to follow on Twitch? Here are some of my personal favorites.

Are you sad to see Mixer go? Are your frustrated or angry? Share your thoughts with the community in the comments below and then follow us on Pinterest and Facebook for more Microsoft and gaming news.