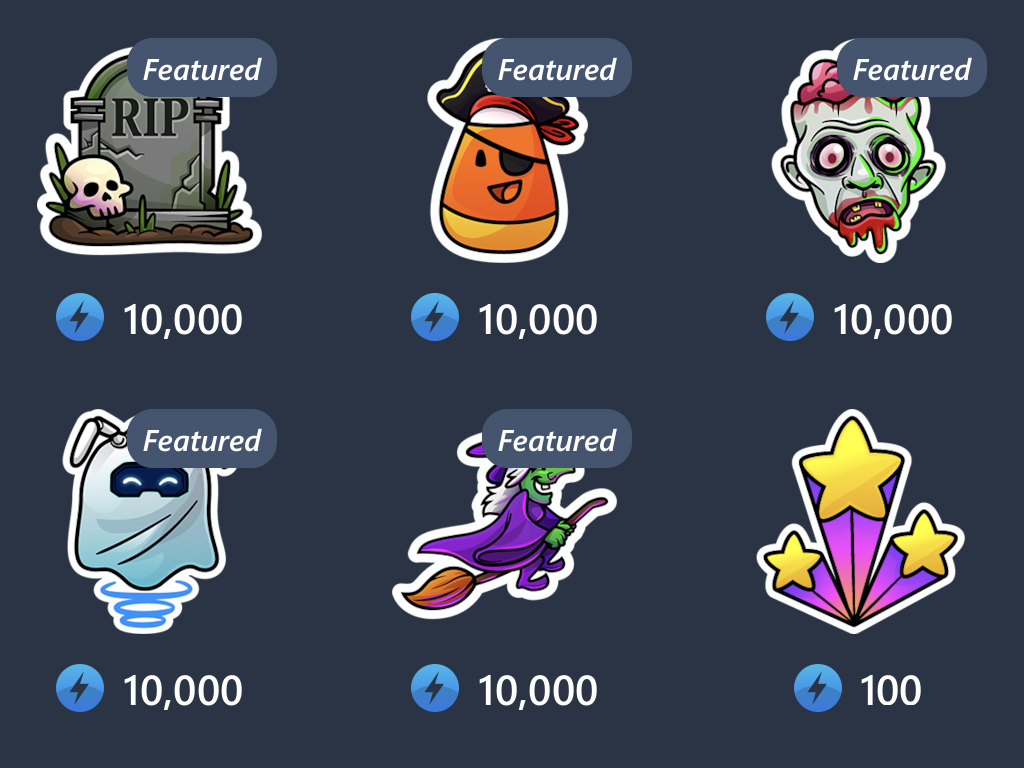 Mixer has added five limited edition chat stickers for streamers and viewers to use based on popular Halloween iconography in the lead-up to October 31st next week.

The stickers include cute drawings of a tombstone, candy corn, a zombie, a ghost, and a witch and can be summoned in a livestream’s chatroom for 10,000 sparks, one of the virtual currencies used on the Microsoft-owned streaming platform.

Special stickers aren’t a new thing for Mixer. Earlier this month, the service added limited edition chat stickers based on Destiny 2: Shadowkeep and in August added Gears of War stickers to promote the launch of each game.

Mixer has been in the news a lot recently and just earlier today made waves in the gaming space when it was announced that one of the most-popular streamers on Twitch, Shroud, would be coming to the platform.

Call Of Duty: Modern Warfare video game launches on Xbox One, Streamed on Mixer by Shroud