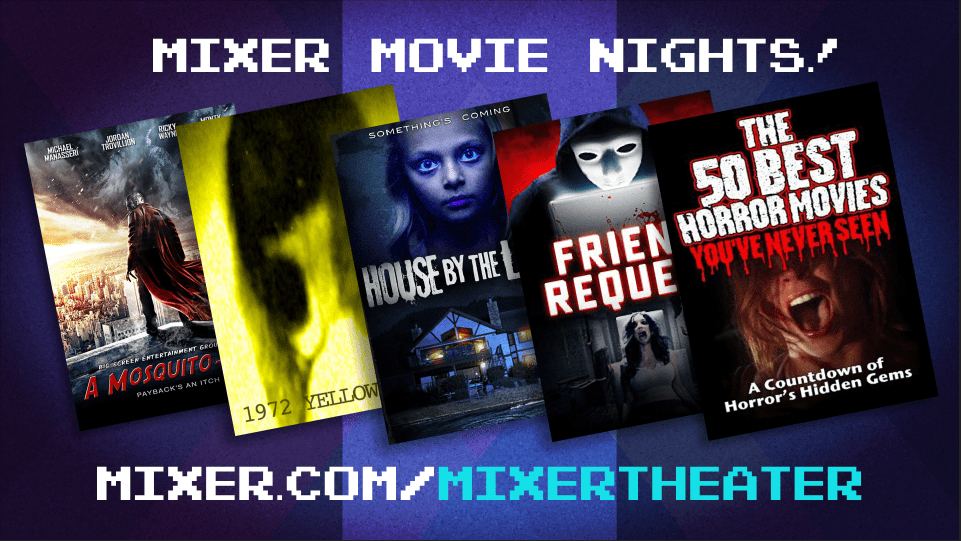 Mixer, an online video game livestreaming service that competes primarily with Twitch, will be offering livestreams of horror movies. The movies will be available to watch twice a day every Saturday this October, once at 11 p.m. PST, and then again at 4 p.m. PST. Titles to be streamed will include A Mosquito-Man, 1972 Yellowhouse, and House by the Lake.

Microsoft’s decision will bring movies as a form of entertainment on Mixer for the first time, potentially differentiating itself further than its biggest rival, Twitch. This means Microsoft could be planning to expand the service to more than just game livestreaming, a move that could potentially bring in a larger variety of audience.

This is the perfect way to get the early Halloween spirit going on without costing anything, and streamers will be able to start watching the movies October 6 by going to Mixer.com/MixerTheater.

For those unfamiliar, Mixer, previously known a Beam, was acquired by Microsoft more than two years ago and offers gamers a collection of livestreams of other players to watch, much like they would get out of Twitch. However, Mixer separates itself apart from its competition by offering much quicker buffering than other streaming platforms, giving streams much-closer-to-live performance.