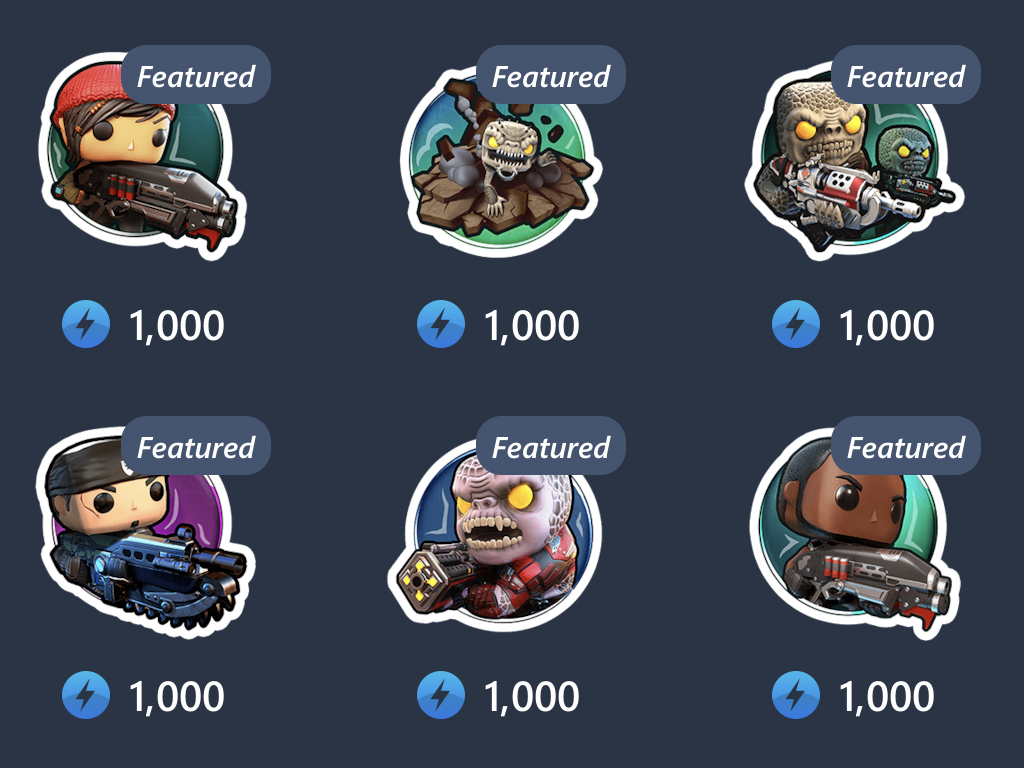 Gamers who have watched a stream of two on Microsoft’s Mixer streaming service may have noticed that the company has added six new chat stickers based on characters from the popular Gears of War video game franchise (see above image).

Each sticker costs 1,000 Sparks to summon in a channel’s chat. Sparks spent on these, and other chat stickers, can help support Mixer Partners by slightly increasing their revenue earned by Embers (Mixer’s digital currency that can be bought with real-world money and given to streamers). All Mixer users can earn Sparks by simply watching streams on the platform.

The implementation of these limited edition Gears stickers is very likely due to the launch of the Gears Pop! video game this week on mobile devices, the release of Gears of War 5 next month on Xbox One and PC, and all of the other Gears merch that was announced recently.

This isn’t the first time Mixer chat stickers have been used to promote specific video games. A couple of months back, the streaming service added temporary stickers based on Nintendo video game characters.

Microsoft’s Mixer streaming service has been in the news a lot recently due to some service restructuring and the acquiring of the massively-popular Fortnite streamer, Ninja.