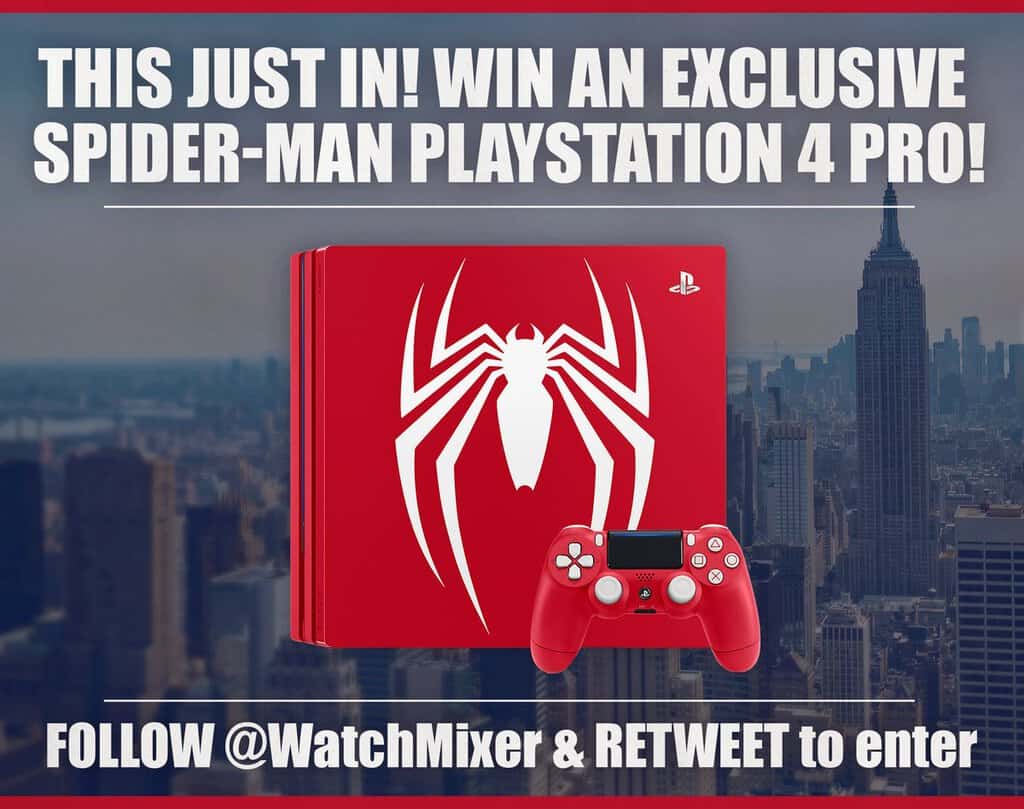 Microsoft has given away cool custom Xbox consoles in the past, but if you're dying to win a free PlayStation 4, a subsidiary of the firm is giving you a big chance. Indeed, Mixer is putting the console wars to the side and is now giving away an Amazing Spiderman PS4 console (via Michael Muchmore on Twitter.)

It might be a bit strange and maybe taboo to see a Microsoft-owned entity give away a Sony product, but there is some reason as to why. According to a subsequent reply from Mixer, they've opted for this giveaway as part of supporting streamers from any platform of their choosing. They even added, "we love seeing PS4 streams!"

The Mixer team also indicated that they would love to see a Mixer app on the PS4 in the future. This is not something that should be too shocking, as Mixer has been giving some love for Sony and Nintendo for a while now. There is a weekly Playstation show called "The Mixer Blue Show" and even a "Mixer Red Show" for Nintendo-focused games.

It's definitely nice to see Mixer playing nice with Sony and Nintendo. After all, all gamers are created equal, with one shared love and passion for their platforms. Over 7,800 people have tried their luck at winning this PS4, so Retweet now to have your chance at the glory.