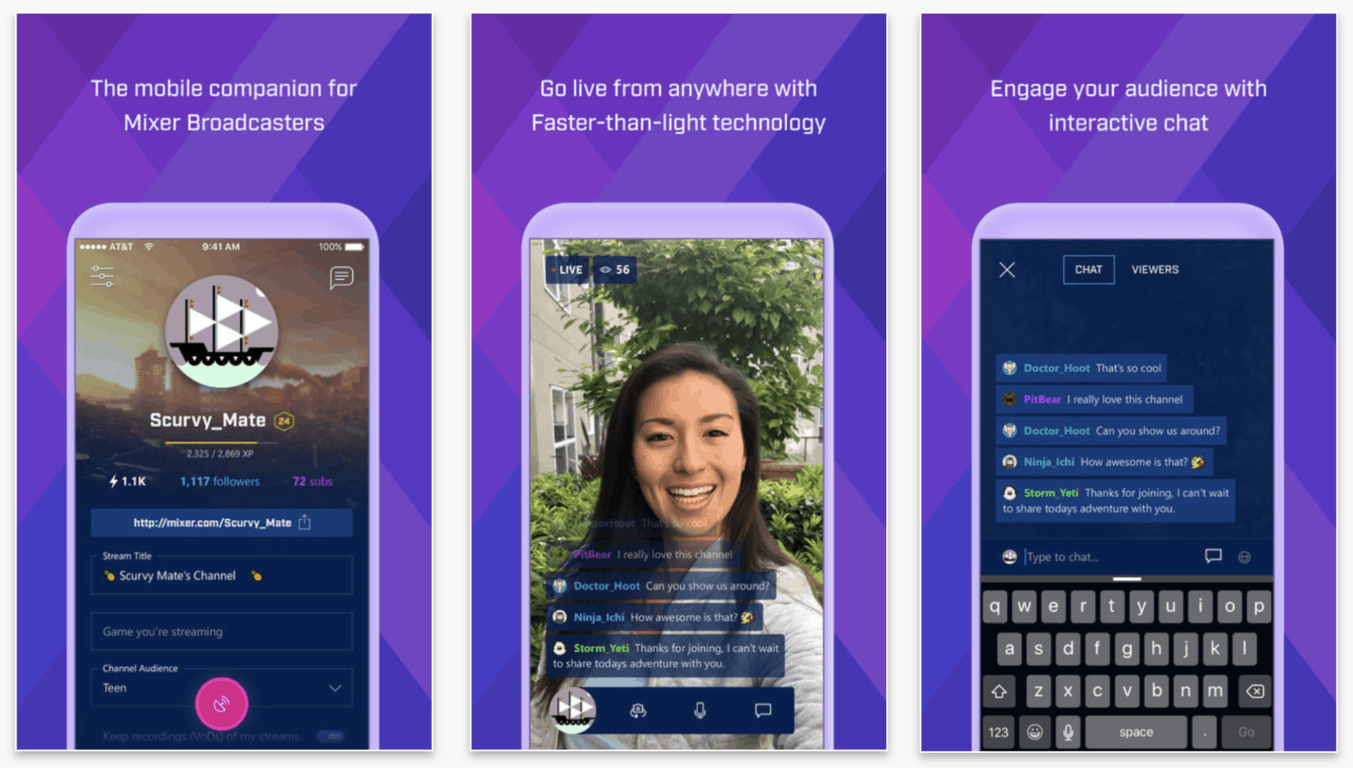 After launching in beta a couple of months ago, the Mixer Create app is now officially available on iOS and Android. This standalone app has two main purposes, letting you live stream what you're doing using your smartphone camera, but also broadcast mobile games with sub-second latency.

The ability to stream mobile gameplay is quite exciting, and it will work with any game on an Android device. On iOS though, the feature will be available on select games that leveraged Apple's ReplayKit broadcasting API. As Mixer co-founder Matt Salsamendi recently explained, that may change in the future if Apple delivers built-in mobile broadcasting with iOS 11.

While mobile broadcasting is not exactly new, Mixer Create also provides some unique features to iOS and Android users:

Mixer Create requires iOS 10 and Android 5.0 and up, and you can download it on your platform of choice with the links below.

Scoop bot starts bringing you the news right into Skype