The official Mixer app updated on iOS and Android this week with a couple of changes to improve the offline viewing experience for users.
In addition to the fixing of a bug that was preventing some users from logging in, this update also enables the Mixplay feature for channels that are offline and improves the look of offline channels with a cleaner design and a channel banner.

Here’s the full release notes for Version 5.8.1 on iOS and Android:

Mixer is Microsoft’s video game streaming platform that functions in a very similar way to Amazon’s Twitch. Microsoft has been putting a lot of money and resources into Mixer recently with the courting of Ninja to the platform, new monetization features for streamers, and the testing of video ads on channels.

Do you watch Mixer or stream on it? Give your channels a shout-out in the comments below and then follow us on Twitter for more Mixer news. 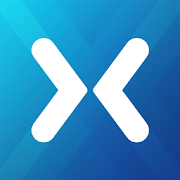