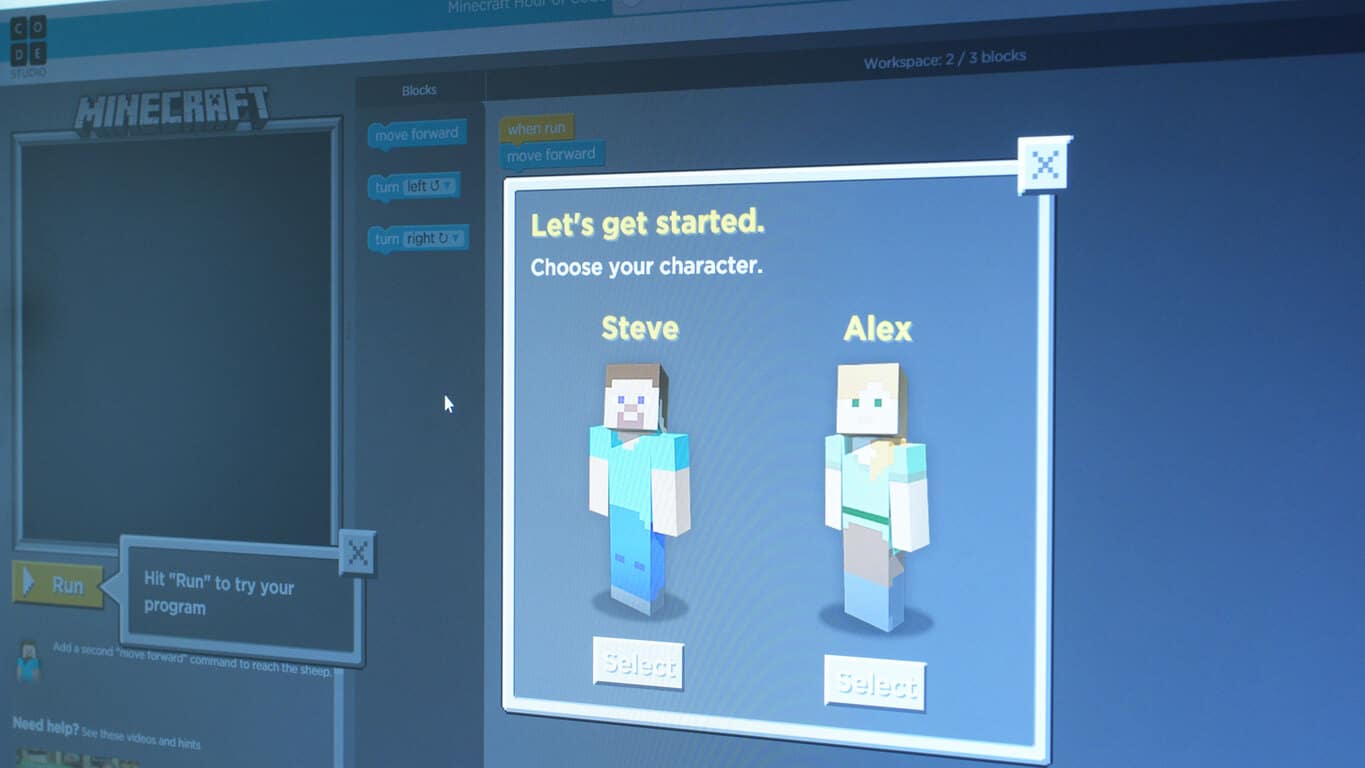 Over the past week Microsoft, along with its partners with YouthSpark and Code.org, helped celebrate Computer Science Education Week. In September, I introduced you to Genesis, a young girl whose passion for programming was made possible though Microsoft’s YouthSpark initiative. Though programs such as this, Microsoft is encouraging young people from around the world to learn how to code and shape our digital future. Additionally, Microsoft’s partnership with the creator of Hour of Code, Code.org, has given them the ability to reach anyone with a computer, providing hands-on tutorials and sessions for coding.

During Computer Science Education week, Microsoft and Code.org used Minecraft as their primary platform to introduce coding. Over the course of the week, the Redmond based company hosted coding sessions in over 50 different countries in addition to conducting Hour of Code camps through out the US by means of its Microsoft Store channels. Microsoft’s blog, The Fire Hose, reported:

It was exciting to see millions of young people in every corner of the world spark a passion for coding – from learning basic coding skills with British Prime Minister David Cameron in the U.K., to learning coding for the very first time at the Thika School for the Visually Impaired in Kenya, to being inspired by teachers, tech leaders and innovators from around the world.

It is clear that quite a few individuals working behind the scenes at Microsoft see the importance of teaching young people how to program. What is even more impressive is how Microsoft has been able to utilize Minecraft as a vehicle for teaching code. As a result, we will likely witness many such efforts in the years to come. Let us know if you had a chance to participate in Computer Science Education week or the opportunity to learn to code with Minecraft in the comments below.