Xbox One has looked more or less the same since it first came out. Although it got a few changes to its design, it's still maintained about the same general design philosophy. That may change soon, as a new interface for Xbox One has been teased for Microsoft's new Fluent Design. We only have a few frames to look at for the new interface, but those frames teased something great.

The new interface is much more colorful than what we have now - a generally dark grey interface with a few bright tiles. It's unclear now if this new colorful look is the default look for our new Xbox One interface, or some kind of "Light mode" that you can switch on and off from. It'd be nice to see some degree of customization, if that's the case.

This new interface seems to maintain the same blocky design interface that Xbox One has always stuck with, but the main difference will be coming from the splash of color that's getting put in there. You can see the home button soaked in that bright Xbox green, instead of being blended in with the rest of the grey interface. It's an interesting new direction, and it'll be exciting to see how else Fluent Design changes things. 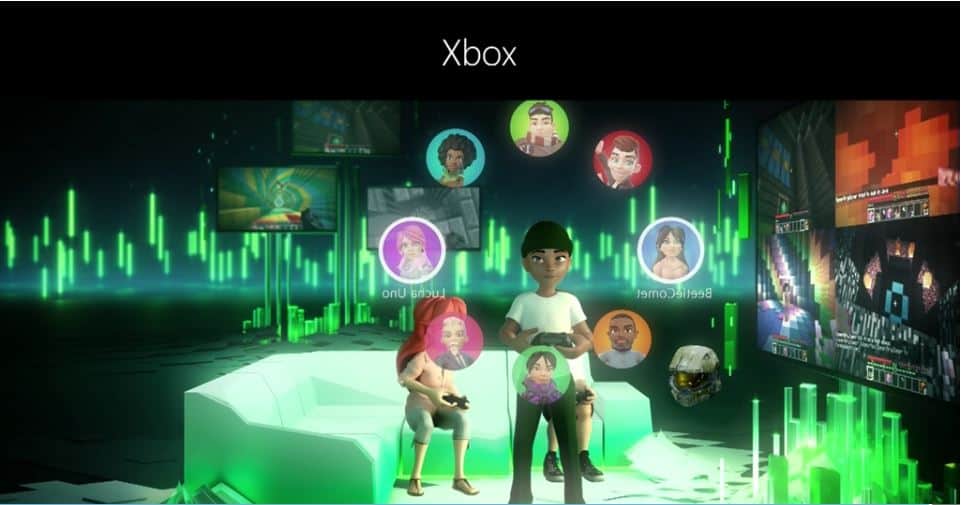 In an unrelated aside, we've also got this new screenshot (courtesy of AS_Empire) that gives us a look at what the future social landscape of Xbox may just look like - specifically for VR. The screenshot gives us a look at a sort of VR lobby (with some new looking avatars) that could potentially be for anything. Some Reddit users are even suggesting that it could be a return to things like the old Netflix feature that allowed people to watch movies together.

All we have are a few images to look at, but they show a lot of promise for the future of Xbox One. With VR potentially becoming an important part of Xbox One and with the new Fluid Design interface making a splash, things could look totally different for Xbox users this time next year. Keep an eye out for Microsoft at E3, because we'll definitely see more of this there.