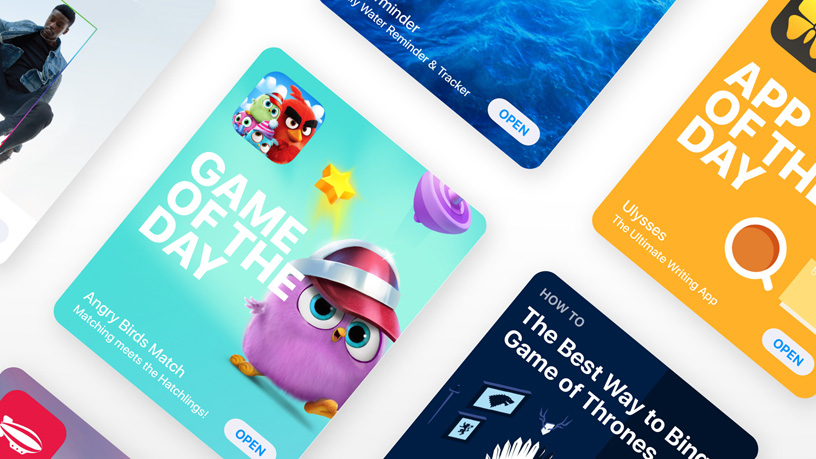 A couple of days ahead of Apple’s annual developer conference, the iPhone maker is currently in hot water. Not only has the EU announced earlier this week an antitrust investigation into Apple’s restrictive App Store rules, but iOS developers who saw their apps being refused on the App Store have also started to speak up.

It’s quite fascinating to see how Apple and Microsoft’s situations have reversed in 25 years, with Apple now getting closer to Microsoft’s situation at the end of the nineties. As you may know, Microsoft went through a much-publicized antitrust battle due to Windows’ dominance on the PC market, and now Apple owns one of the most popular app stores in the world that iPhone and iPad owners are forced to use to install any apps on their devices.

This week, Microsoft President Brad Smith had interesting comments about how big tech companies are managing their app stores. Speaking at an event hosted by Politico (via Bloomberg), Smith said that some regulation may be necessary when app stores owners enforce rules that are not fair to developers.

“They impose requirements that increasingly say there is only one way to get on to our platform and that is to go through the gate that we ourselves have created,” Smith said. “In some cases they create a very high price per toll — in some cases 30% of your revenue has to go to the toll keeper.”

“The time has come — whether we are talking about D.C. or Brussels — for a much more focused conversation about the nature of app stores, the rules that are being put in place, the prices and the tolls that are being extracted and whether there is really a justification in antitrust law for everything that has been created,” Smith said.

While Smith didn’t explicitly mention Apple in his comments, a Microsoft spokesperson later confirmed to Bloomberg that Smith was indeed referring to Apple’s App Store. Microsoft can’t afford not to release its apps on the iOS App Store, and by doing that the company also agrees to let Apple take its 30% cut on app sales and in-app purchases, including Microsoft 365 subscriptions.

It’s worth noting that Smith also didn’t mention the elephant in the room, which is Microsoft’s own Microsoft Store that made its debut with Windows 8 back in 2012. Microsoft is also taking its 30% cut on apps and in-app purchases on the Microsoft Store, and these Store fees have pretty much become a standard practice pioneered by Apple and Google on mobile devices.

Microsoft’s situation is different as Windows remains an open platform, though the 30% tax also applies to the Xbox Store, which is the only way to purchase apps and digital games on the console. However, walled garden on consoles are probably a whole different story.

Anyway, all eyes are going to be on Apple and how it chooses to address (or not) the App Store controversy when WWDC kicks off in June 22. In the meantime, more and more iOS developers are starting to speak up, and the bad PR comes at the worst time possible for Apple.

Whoever at Apple wrote this — a few days before WWDC! — should never be allowed to communicate with developers again.

Let’s be clear, Apple: in addition to the $100/year developer fees and any search ads we buy, we add value to your highly profitable hardware FAR beyond the 30%. pic.twitter.com/w4tcnNpCkR

Again, who would have imagined 30 years ago that Apple would one day be accused of monopolistic practices? It’s true that iPhones remain far less popular than Android phones, and Apple is free to do what it wants on its own platform, but it really seems that iOS developers have become fed up with Apple’s inconsistent App Store policies. What’s really problematic is that Apple is competing with third-party developers on productivity, gaming, music, as well as video services, and in some cases, Apple won’t allow other companies to compete at all.

Earlier this week, the New York Times revealed that Facebook saw its Facebook Gaming iOS app being rejected at least five times in the past couple of months. Microsoft likely has similar issues with its own Project xCloud app on iOS, which “due to App Store policy” only supports one game (Halo: The Master Chief Collection) as of today, compared to dozens on Android. That may well have something to do with Apple launching its own Arcade game subscription service on iOS devices last year, which Apple is promoting heavily on the iOS App Store.