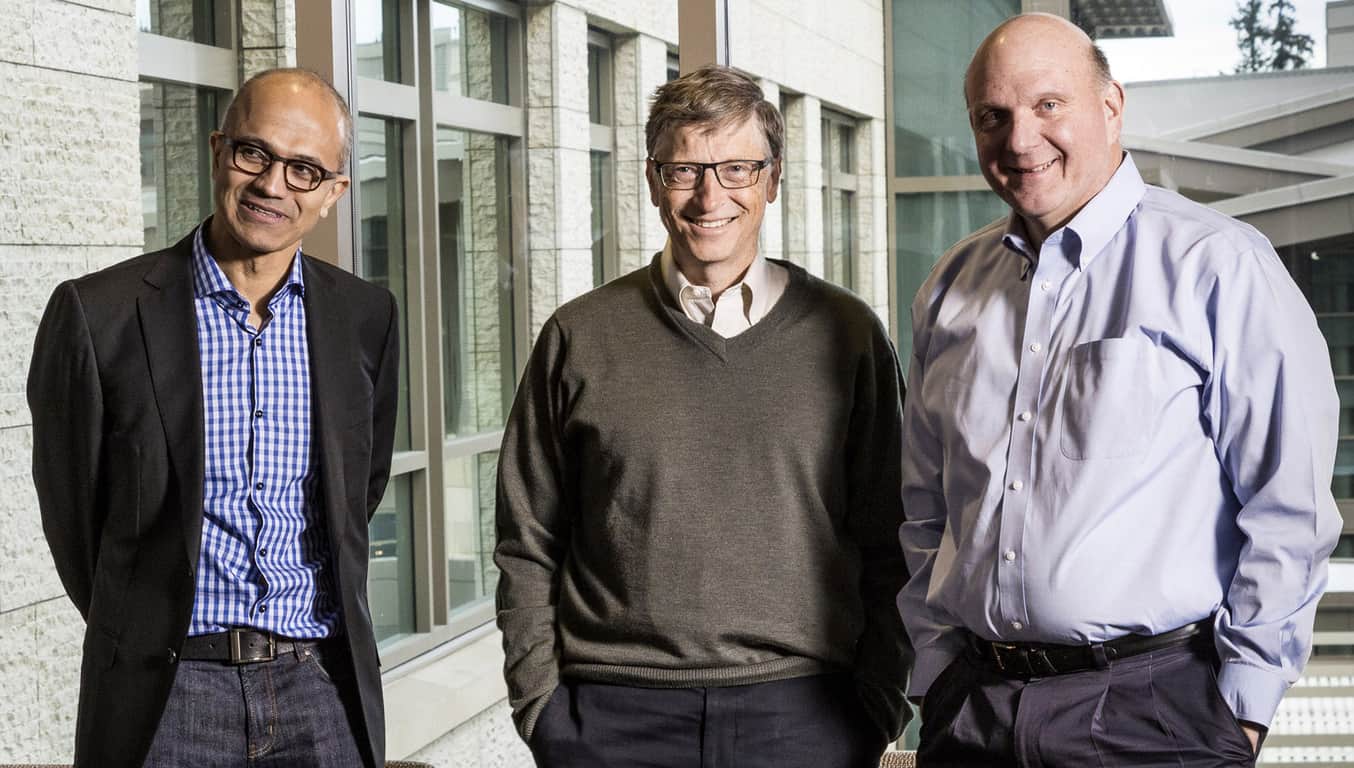 Former Microsoft CEO Bill Gates has remained the world's richest man for the past few years largely off the successes and failures of his successor Steve Ballmer and his ability to massage the  stock price of the company he co-founded. Thankfully, for both Ballmer and Gates, current Microsoft CEO Satya Nadella continues to drive the company and its stock in the right direction.

In Bellevue, Washington Microsoft is hosting its annual shareholder meeting today where the company and its largest contributors are gathered to discuss and possibly revel in the company's recent successes.

Unfortunately, neither Ballmer nor Gates will be in attendance of the meeting despite being among the two largest Microsoft stockholders.

According to a report from Geekwire, "Both are said to have prior commitments — Ballmer is speaking at a Stanford University conference — so don’t read too much into it. But it’s the latest indication that this venerable tech company has entered a new era under CEO Satya Nadella."

While Microsoft has had some recent success and stockholders are due a bit of celebration as the company's stock price peaked a decade-long high at $60 plus, Nadella was all perspective and future endeavors during the meeting.

Nadella talked about Microsoft’s increasing cooperation with Linux and other open-source projects. “It might surprise you to learn that Microsoft is one of the biggest contributors to open source today,” he said. He noted that Microsoft is “building Azure as the world’s first cloud supercomputer,” referring to an initiative announced recently to bring high-tech computer chips to the company’s data centers.

He also spoke about efforts to improve diversity at the company, which has been an ongoing struggle at Microsoft and across the tech industry. Technology demos at the meeting included accessibility features in Windows 10 for people with visual impairments and other disabilities.

In the Q&A session of the meeting, questions were asked about agenda of Microsoft going into 2017 as well as the future of Microsoft's place among smartphones by two Windows Phone-toting users. Once again, Nadella parroted his early remarks of aiming for differentiation and remaining in the business.

For Microsoft, 2017 is shaping up to be another solid year for the company and its investors as it's set to update well-received hardware in the Surface Pro and Surface Book, update its Windows 10 software, refine its development tools and introduce VR to its various platforms. It'll be interesting to see how the market responds to Microsoft's 2017.