Microsoft's Android emulator Project Astoria reportedly not going as planned, on hold indefinitely - OnMSFT.com Skip to content
We're hedging our bets! You can now follow OnMSFT.com on Mastadon or Tumblr! 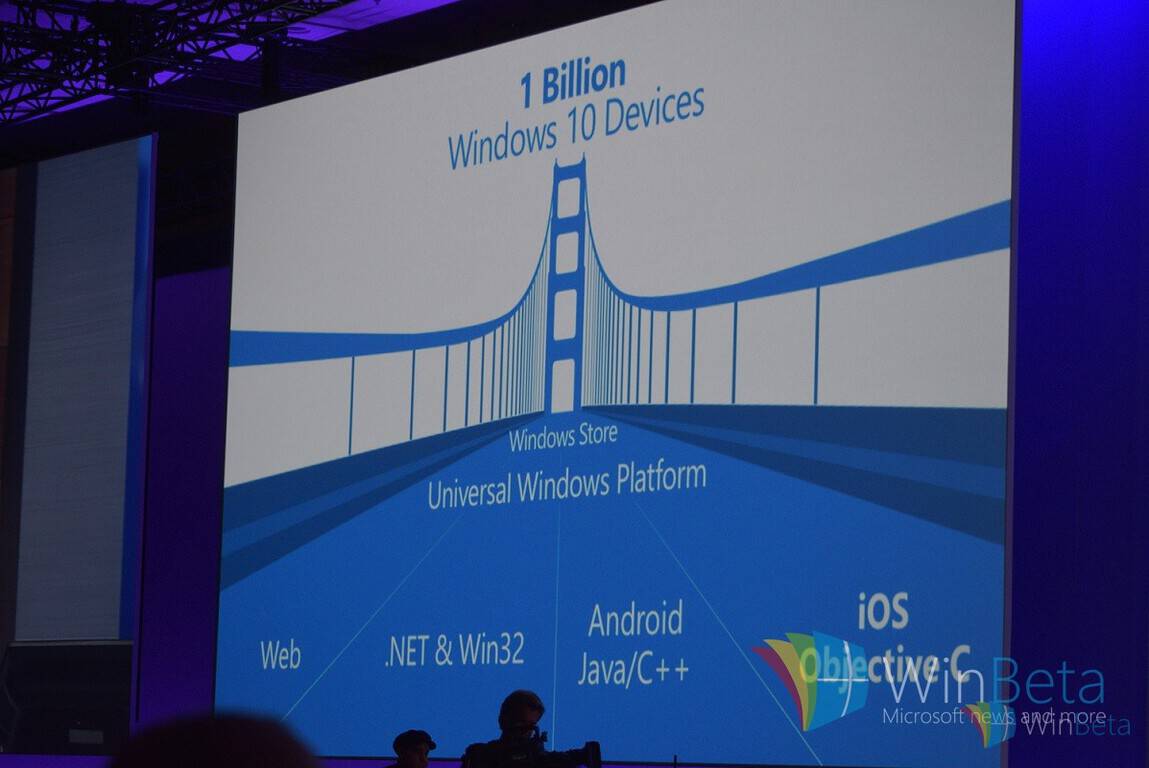 Microsoft detailed a plan earlier this year during its developer conference that would help address the dreaded app gap that plagued its smartphone ambitions. Through a series of what the company called ‘Bridges’, iOS, Android, Web and traditional Win32 developers would be able to re-write their apps using a unified codebase for use on Windows 10.
With Windows 10 and Windows 10 Mobile sharing the same kernel and majority codebase, any app written for Windows 10 using the ‘Bridge’ technology would scale and translate across devices.
Microsoft’s ‘Bridge’ technology quickly became seen as the company’s hail mary to finally get iOS and Android apps onto the Windows 10 Mobile platform. To spur development, Microsoft released  SDKs for a couple of its Bridge projects, including a Web App and Android port. However, since the developer conference and the release of the SDKs, Microsoft has been a little mum on Bridges. As we are now finding out, Microsoft’s silence on some of its Bridge technology is for good reason.
According to a report from Windows Central, Microsoft’s plans to bridge its app ecosystem via Android apps may be on hold. As soon as the SDK for what was known as Project Astoria, or the Android app Bridge was released, we began to see a handful of Android apps run on Windows 10 Mobile. The technical aspects of running Android apps on Windows 10 Mobile were apparently there, but the according to sources, Microsoft felt that “the Android app porting is not going as planned.”

We're committed to offering developers many options to bring their apps to the Windows Platform, including bridges available now for Web and iOS, and soon Win32. The Astoria bridge is not ready yet, but other tools offer great options for developers. For example, the iOS bridge enables developers to write a native Windows Universal app which calls UWP APIs directly from Objective-C, and to mix and match UWP and iOS concepts such as XAML and UIKit. Developers can write apps that run on all Windows 10 devices and take advantage of native Windows features easily. We're grateful to the feedback from the development community and look forward to supporting them as they develop apps for Windows 10."

Microsoft’s careful wording does indicate that while Project Astoria and the Android bridge may be on ice, the iOS and Web app bridges appear to be continuing. The iOS bridge internally referred to as Project Islandwood is being reportedly met with much less push back from Windows developers as well as better support from iOS developers. As Project Islandwood requires recompiling rather than emulation, the apps should work much more natively on Windows 10 Mobile.
While it may seem disheartening for some to hear about Microsoft’s struggles with bringing over Android apps, the reality is that even with a majority share of the mobile market, Android development is still considered second class. For many developers, the target is iOS first and Android second, and while Windows 10 Mobile is in no position to be picky, Project Islandwood may prove to be much more important in the long run.

Hands-on with the Lumia 950 at Microsoft Device Night 2015

Windows 10 context menus have improved because of your feedback, says Microsoft