Microsoft has announced on the Windows Blog that it is working with 2 of the biggest names in the smartwatch industry, Fitbit and Garmin, to provide new Bluetooth features and improvements through the Windows 10 Creators Update.

Several new features are coming to Windows 10 with Bluetooth, which includes:

Additionally, Call Control API has arrived on Windows 10 for PCs in the latest Windows 10 Insider build, as well as Wideband speech which will be arriving for desktop in the near future.

GATT (Generic ATTribute) Server will allow Windows 10 to act as a server, rather than just a client, for Bluetooth devices. Microsoft gives an example of how this would work in a real-life situation:

For instance, when an incoming text message comes in, Windows can act as the GATT Server and notify a nearby wearable of the text’s arrival.

Bluetooth LE Peripheral is another feature that is on its way. This describes which devices identify themselves as being connectable and which actually do the connecting. Microsoft explains how this will work and provides an illustration of the various GAP roles:

Apps can put the system in a state to advertise support for Bluetooth LE services. With Peripheral role and GATT Server combined, Windows can operate in all four combinations of GATT and GAP roles (color choices arbitrary, of course). 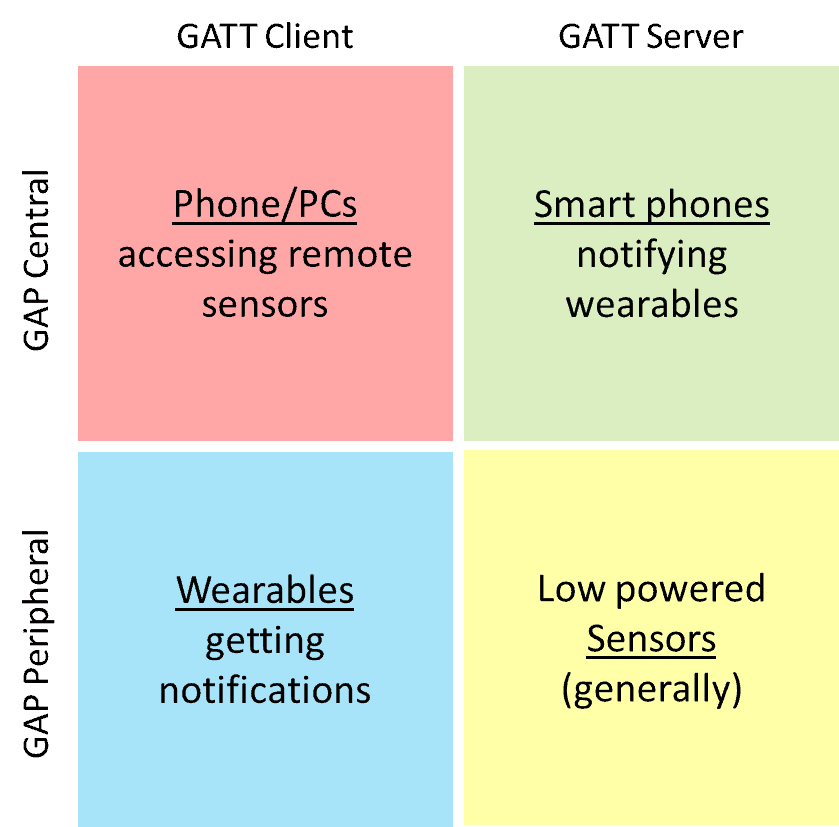 Another big Bluetooth addition arriving in the Windows 10 Creators Update is Unpaired Bluetooth LE device connectivity. With this, Bluetooth devices won't necessarily need to be paired to Windows in order to be able to connect to them. Some devices don't need to be paired or support pairing, which up until now, were incompatible with Windows 10. This is about to change as the Windows 10 Creators Update will enable connectivity to Bluetooth devices that don't require pairing. It also means less time spent in the Settings app, and less time for developers to build workarounds.

VoIP apps will be able to make use of Bluetooth headsets on Windows 10 for PCs in the Creators Update, as Microsoft is adding the Call Control API. This will enable features such as picking up calls, hanging up, call waiting and putting on hold. High-quality voice is also arriving soon when Wideband speech arrives. This will improve the clarity and quality of Cortana over Bluetooth, also.

Many of these features are already available in the Windows 10 Insider program in the Fast Ring, build 15007 and above.