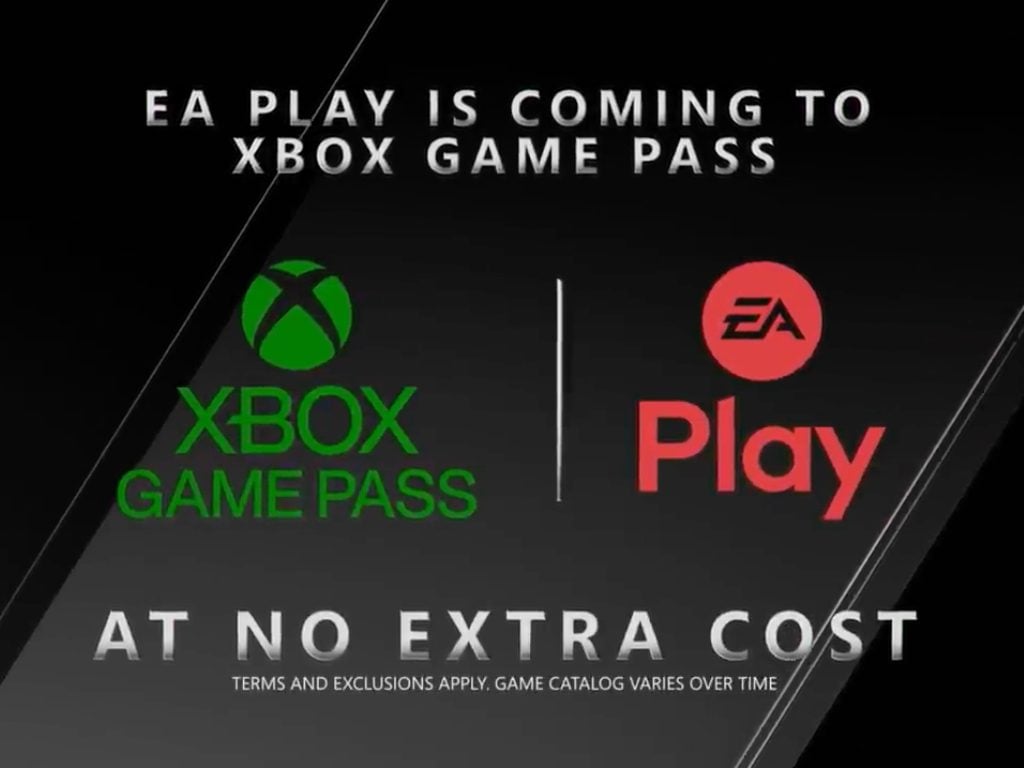 Xbox Game Pass was already one of the best deals in gaming, but it’s becoming even better with this latest announcement from Microsoft. Indeed, Microsoft has now teamed up with EA to offer the EA Play subscription service for free to Xbox Game Pass members starting this holiday.

"Not only will EA Play titles be available on console and PC, this holiday, some of the best EA Play games will also be available for Xbox Game Pass Ultimate members to play on Android devices via the cloud at no additional charge." This is great news for Project xCloud, which is launching on September 15 on Android devices.

In the past decade, EA has often been painted has a greedy company obsessed by lootboxes and microtransactions, but the company has been making some great consumer-friendly moves recently. Not only did the company bring most of its PC games on Steam, but the inclusion of EA Access in Xbox Game Pass at no additional cost was a very surprising move.

EA Play (previously known as EA Access) launched first on Xbox One consoles back in 2014, but EA brought it to the PlayStation 4 last year and Steam followed a couple of weeks ago. At $29.99 per year or $4.99/month, the service is still much cheaper than Xbox Game Pass, but the combination of both services is definitely a killer deal for gamers.

Update 3PM PT: We asked Microsoft if EA Play coming to Xbox Game Pass for PC and Console meant that EA games would be coming to the Windows 10 Microsoft Store, and it looks that it will be the case. "EA Play games will be accessible for download within the Xbox Game Pass section on your Xbox console, and the Xbox app for Windows 10, a Microsoft spokesperson told us. We've updated the post to reflect that.

How to recover unsaved or corrupted Excel Notebooks