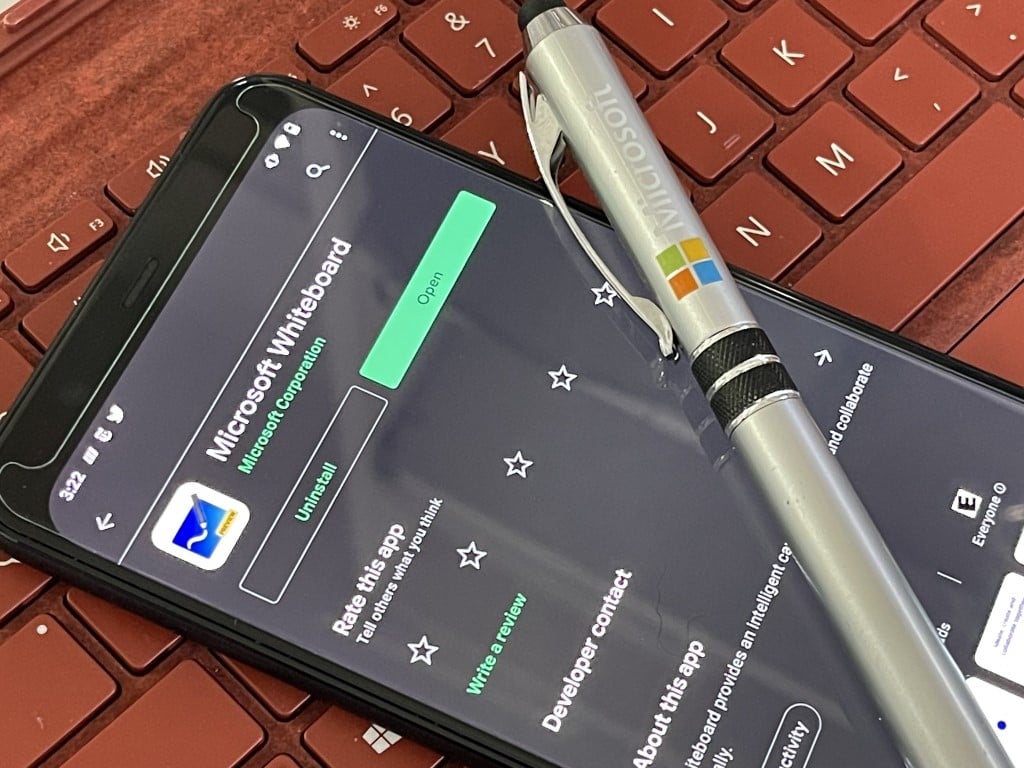 Back in June, Microsoft unveiled a redesigned version of its Whiteboard app that brings new capabilities to improve the collaboration experience in a hybrid setting. The company today announced that the new Whiteboard app is now live on Teams, on Android, as well as the web, and it will begin rolling out to iOS devices and Windows next month (updated to include Windows, and changed from "coming months" to "next month" as per the updated Microsoft blog post).

First up, Microsoft Whiteboard has introduced a fresh UI that should make it easier to access features and collaborate with other people in real-time. The latest version of whiteboard focuses on optimizing the whiteboard experience for both desktop and mobile users. It also brings more than 40 new customizable templates and 12 new sticky notes & note grids.

The most interesting novelty is the ability to provide feedback directly on the canvas with new “fun, engaging and meaningful” reactions. This means that users can now quickly react to ideas with stickers like heart, question mark, and thumbs up. There is a new insert image feature that lets users insert images and documents into their content to explain complex concepts. It has also added collaborative diagrams that users can create with text, shapes, lines, and ink.

In addition, the collaborative workspace has added new customization options that enable users to change the background color and pattern of their canvas. This update makes it easier for users to arrange/reposition their content on the whiteboard with alignment, snapping, rotation options.

In October, Microsoft plans to roll out this new Whiteboard experience to its native apps on Windows and iOS. It will bring all-new collaboration features like templates, shapes and reactions, and much more. The Whiteboard app on Windows and iOS already supports consumer accounts, and the upcoming update will expand its availability to Android and web apps.

Last but not least, Microsoft Whiteboard is getting another big update that will bring support for collaborative cursors, collaboration roster, laser pointer, and more. There are also some new features to make it easier for users to share and search their whiteboards. The new experience is coming later this year, though.

Microsoft reveals the Games with Gold for October 2021