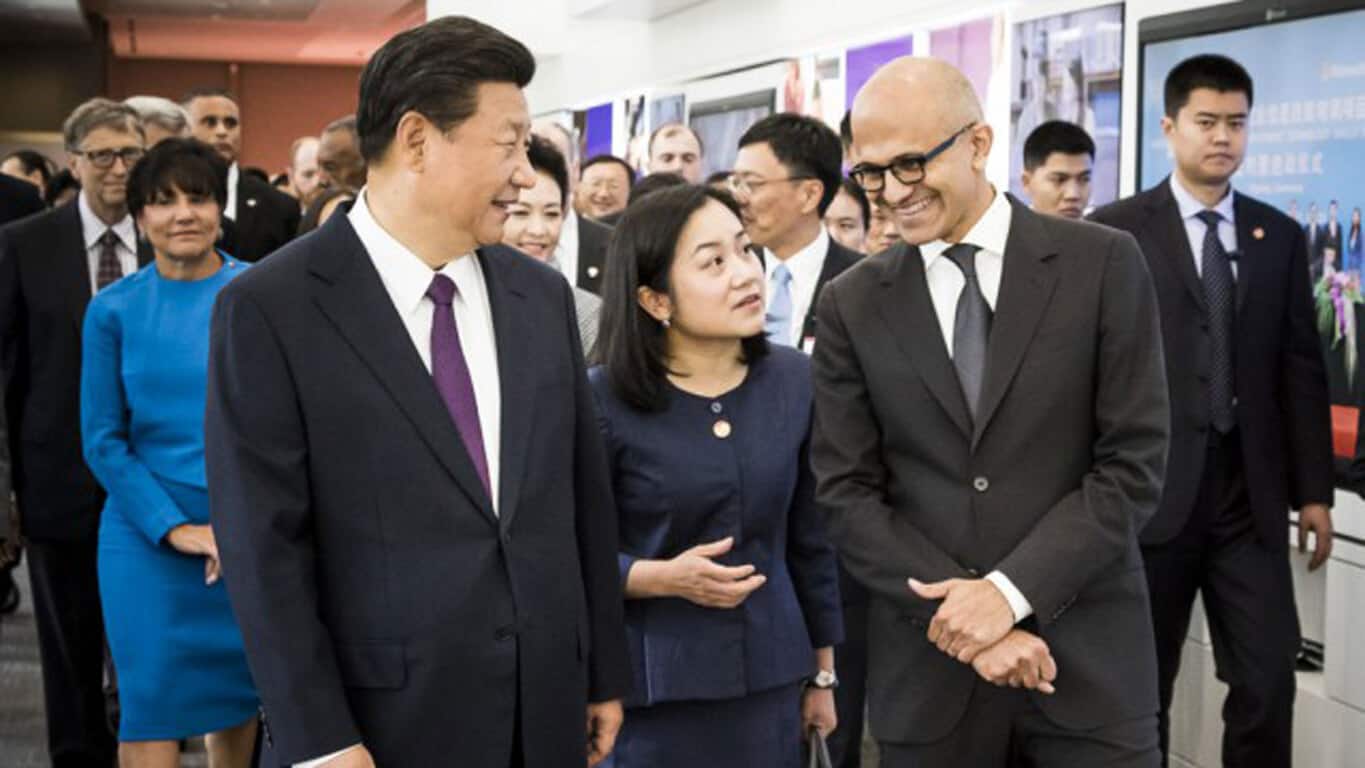 Chinese President Xi Jinpin, First Lady Peng Liyuan and other high-profile Chinese executives visited Microsoft in Redmond, reported Microsoft on their blog.
The group was greeted by Microsoft CEO Satya Nadella at the company's Executive Briefing Center, and talked about the importance of a global partnership between the US and China "based on cooperation and mutual respect" in advancing technology in various areas including healthcare, energy and data sciences. Nadella also expressed optimism regarding the development of tech education in China, as well as a future shaped by technology.
After the welcoming session, the visitors were taken on a tour around the Redmond campus, where they met with executives, watched tech demos and potentially had a hands-on with Microsoft's most game-changing product in recent years, the HoloLens (hinted at with the phrase "reviewed innovative new devices" in the original blog post.) President Xi also met with other tech companies CEOs and had a private meeting with Bill and Melinda Gates.