Are you using Windows 11 on a device that does not meet the system requirements? Well, Microsoft is onto you. You might soon receive a warning through a new alert within the Windows Settings App to let you know your device isn't officially supported. (Via Windows Latest.)

The news should not come as too much of a surprise, as Microsoft had previously provided an avenue for users to upgrade their devices to Windows 11 despite them not meeting the set system requirements. These users needed to make a couple of modifications to their Registry to run Windows 11 on their devices and Microsoft officially warned of the potential compatibility issues in doing so.

In recent Windows Insider preview builds, the warning has stepped up a bit. The Settings App header in these builds now bears a message that will inform unsupported users that their device does not meet the system requirements. However, there are no indications that Microsoft could expand the message deeper. It just links out to a Microsoft webpage on the potential risks that one stands to encounter by running Windows 11 on an unsupported device, like the previous incompatibility issues. 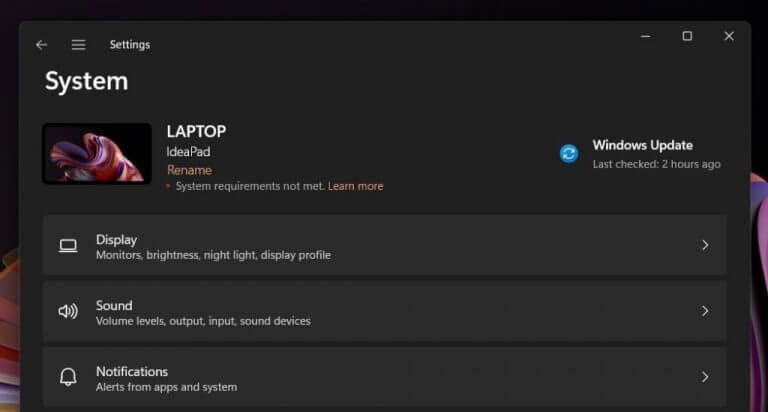 It's a small warning, to say the least, and it'll be interesting to see if the company takes things further and adds watermarks or other messages about devices being unsupported. Let us know what you think in the comments below.

This developer got Windows 11 running on a Pixel 6 in a VM with Android 13, because, why not?