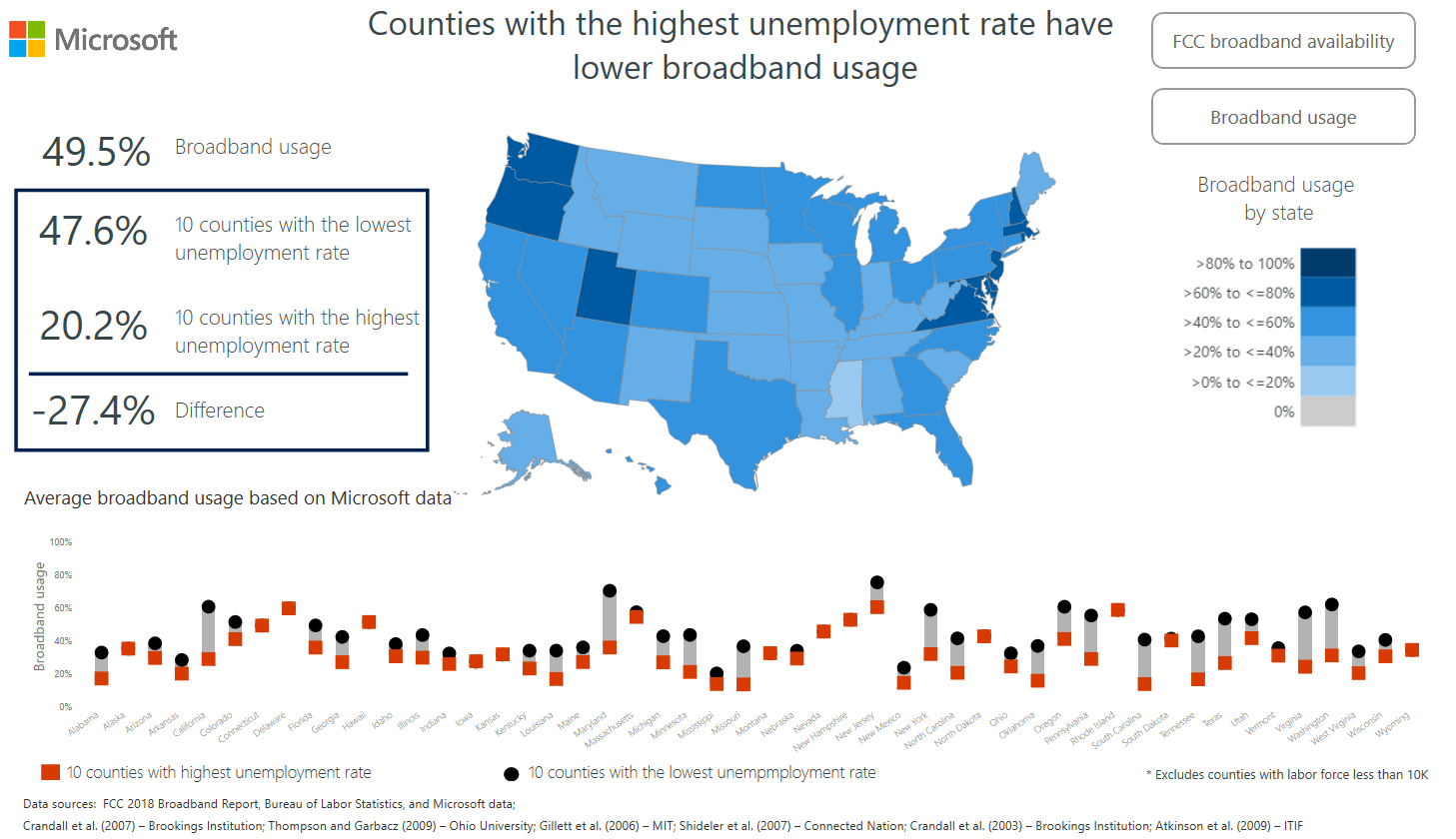 Microsoft has released new statistics that explains the differences of the availability of broadband in the United States per statistics from the FCC versus its actual usage, and has called for the FCC to make changes in collecting the data. According to the company's blog post, The FCC estimates that there are as many as 24.7 million people without access to Broadband Internet of at least 25 megabits per second. However, according to Microsoft’s own anonymous data, as many as 162.8 million people do not use the Internet at such speeds.

To help fix this ongoing issue, Microsoft recommends that the FCC make various changes in the way that it collects and counts the data. For starters, it suggests that the committee should remove the “could provide” option from the Form 477 submitted to ISPs, and only measure fully covered areas. Right now, the form asks them if ISPs are “providing or could …without an extraordinary commitment of resources provide broadband service to an area.” Since the ISP can check yes to either question, many of the areas that aren't yet fully covered are counted as having full access to high speed broadband Internet.

The committee should also measure both the availability of as well as the actual usage of high-speed broadband Internet, according to the Redmond giant, and make other changes to improve its data collection of broadband availability before it releases its new report on the issue. For example, the FCC counts data within blocks, and ISP’s can check a whole block as covered even if access is available to only a few households within a large area.

Microsoft has been committed to closing the “broadband gap” for some time now with its Airband Initiative, and has said that it will remain so as it to works with members of the Commerse Committee and with Congress to expand broadband access as quickly as possible. Because as the company says, much of the U.S. economy relies heavily on broadband access, so much so that the issue has major impacts on other problems such as unemployment.

Want to try Edge Insider on Windows 7 now? Here's how to get it working