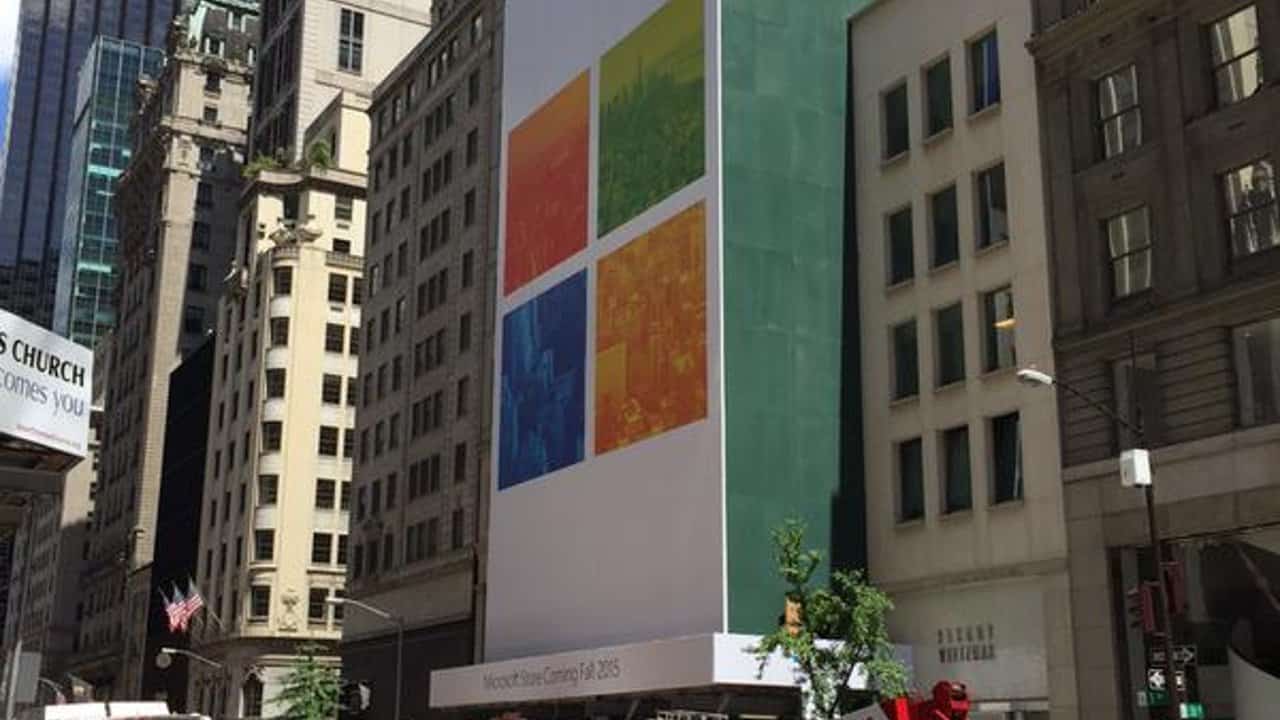 Microsoft is set to open up its highly touted and long awaited New York retail store next week, and the company is pulling out all the stops to entice New York citizens to check it out. The new Microsoft Store sits a few blocks away from the iconic glass cube Apple Store and sports an impressive 22,269 square foot imprint. Leading up to the October 26th unveiling of its new five-story flagship store, Microsoft has been engaging in a bit of guerrilla marketing to spread the news.

Microsoft’s new campaign began with positioning food trucks in various places throughout New York that offered free food. The vehicles were covered in the traditional Microsoft Windows blue and suggested that not only, “lunch is on us,” but that eaters should upgrade their day, presumably at the new store.

Lunch is on us #MeatpackingDistrict. See you at 13th St. between Hudson St & 9th Ave. http://t.co/OkILBmKYZb pic.twitter.com/hQQaqWAS9x

In addition to free food, Microsoft is also planning to roll out prize machines to two different locations throughout New York each day for the next week. The vending machine looking devices are covered in the same Windows blue color and wrapped with Microsoft promotional tags. Inside the machines are said to be Microsoft products such as Xbox One’s, Surface tablets and other cool swag. The vending machines are designed to dispense free gadgets as long as fans tweet directly from the box. Fans are encouraged to visit Microsoft’s Facebook events page for details on locations and prizes.

Lastly, Microsoft will be giving away tickets to a Pitbull concert scheduled October 26th during the flagships unveiling. To receive a free Pitbull concert ticket, fans need to line up at 6:00 AM ET at the Fifth Avenue and 53rd Street Store location.

As Microsoft looks to influence the direction of the PC market with its renewed software and hardware offerings, the company is also taking its retail presence into heavy consideration. The location of the New York City flagship signifies a hefty investment from Microsoft in its bid to reestablish the PC buying experience for some New York natives.

We’ll see in a weeks time whether or not Microsoft’s street campaign efforts pay off with long lines on October 26th at its latest Store.