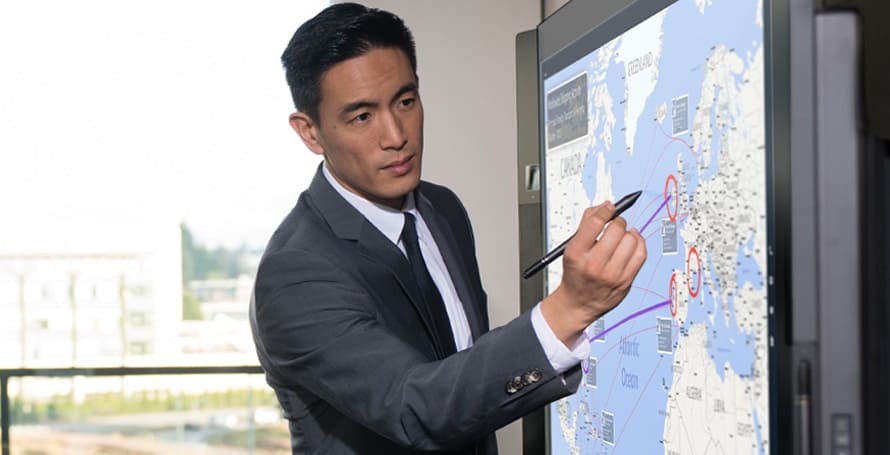 Microsoft unveiled its Whiteboard brainstorming and conferencing technology back in 2017 and has slowly been releasing it through the Microsoft Store to supporting devices. The company's Whiteboard application, understandably, received Surface Hub support in 2016 and now in mid-2019, that Whiteboard software is being updated with a rather impressive feature set to bolster Surface Hub integration.

Microsoft announced today that the Whiteboard app, which is now available on Surface Hub, Windows 10 PCs, iOS devices, and via the web (in preview) includes the following features

Much of the new features are already present for Windows 10 users but Microsoft plans to keep parity between the desktop app and the Surface Hub version.

According to Microsoft, "the updated Microsoft Whiteboard app will replace the Whiteboard 2016 app on a rolling basis starting on May 22, 2019, and may take a few weeks to roll out fully. No action is required unless Microsoft Store app automatic updates have been disabled."

Xbox One Dashboard tabs are moving locations for some gamers