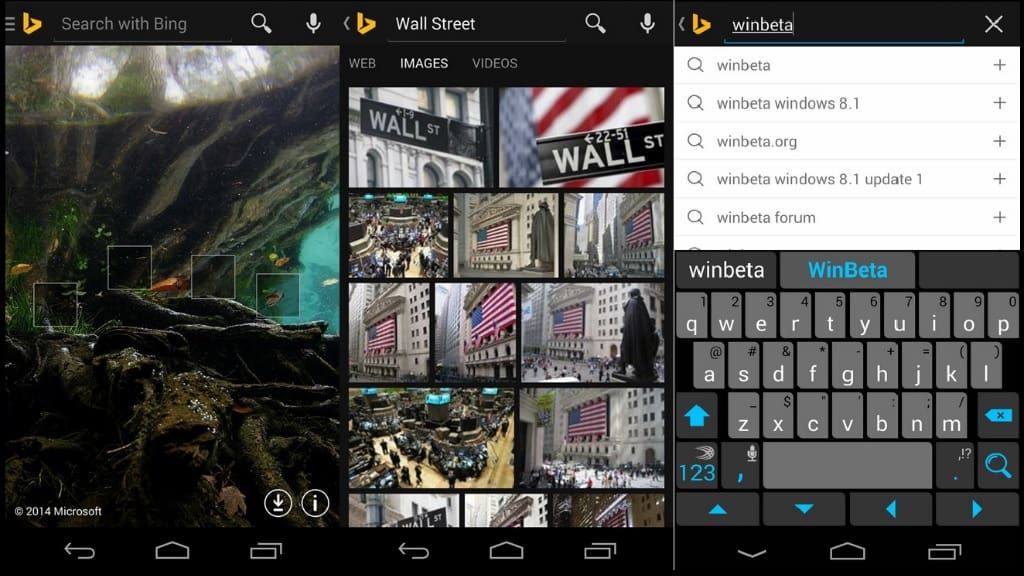 If you happen to be a regular user of Bing on Android, you'll be glad to find out that Microsoft has added the Bing Snapshots feature in its Android app. The feature is quite similar to Google Now on Tap, and allows the app to basically run outside the Bing app.
Basically, the app now works with other apps as well displaying snapshots of information and actions related to the things on the app. For instance, if you're searching for a place to dine in, just long press the home button and Bing will detect things on the page.
It will then show you snapshots of related information. Now, you don't have to leave the app and launch Bing to search for useful information, it will do it everything without you leaving the app you're running.
Currently, Bing snapshots in other apps is available in the United States in English. And, yes, make sure you're running Android 4.4 KitKat or higher in order for the feature to work properly on your device, and grant permission to access Android's accessibility feature.
Here's the change log mentioned by on the official app page:

Bing snapshots in other apps are available in US in English, on Android v4.4 and above. Bing snapshots show up when you long-press the home button while using one of your favorite apps. Bing detects things on the page, and shows you snapshots of information and actions related to these things, on tap.

If you happen to be a regular user of Bing on your Android device, head over to the Google Play Store and update the app. I'm sure you'll have fun using the new feature as it can come in quite handy at several occasions. Let us know if you can find any other change in the app.

Availability of knowledge and action graph API announced by Bing