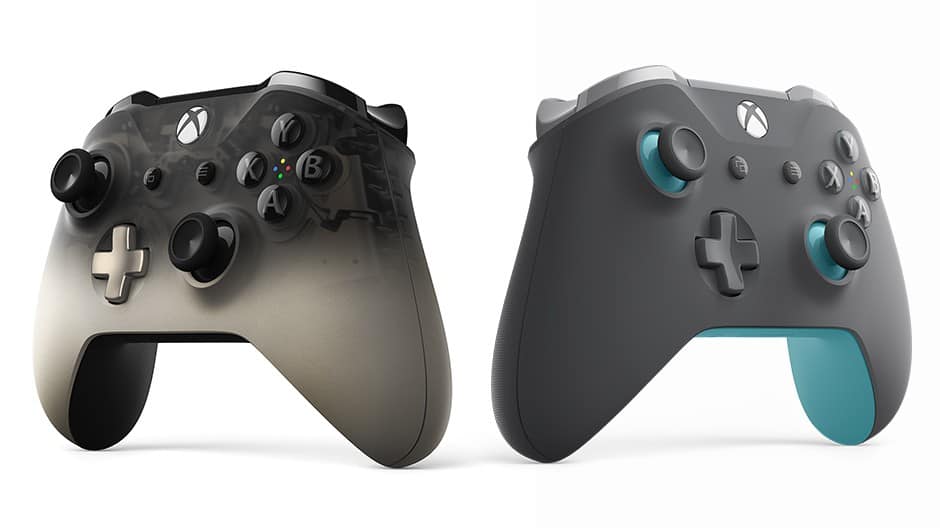 There's no shortage of Xbox One controller options these days, and today more new color schemes have entered the fray. Indeed, Microsoft has just announced new Phantom Black and Grey/Blue Xbox One controllers, giving you more ways to customize your gaming setup.

The Xbox Wireless Controller in Grey/Blue comes with a sleek, dark gray design, blue accents on the thumbsticks and base, and a monochrome ABXY, menu, and navigation buttons. The special edition Phantom Black controller, meanwhile, fades from a translucent matte black to a stunning metallic champagne gold. That controller also has textured grips, Black buttons, triggers, thumbsticks, and bumpers accented with a champagne gold D-pad.

The Phantom Black Special Editon controllers will become available on September 11 in the USA for $69.99, and the Grey/Blue controller will follow on September 25 for $64.99. You can pre-order both controllers today at the Microsoft Store, and also at select retailers worldwide.

For those not in the USA, the Grey/Blue controller will ship on October 9. The controllers come with 14-day trials for Xbox Live Gold and Xbox Game Pass.

If you're after some nostalgia, you might also want to check out the Green Xbox One 'Duke' controller. Though not designed by Microsoft or as flashy as these new controllers, it is a replica of the original Xbox Controller, but designed to work with a wired connection with Xbox One.

Cortana collaboration with Amazon's Alexa could happen as early as this week, says WSJ