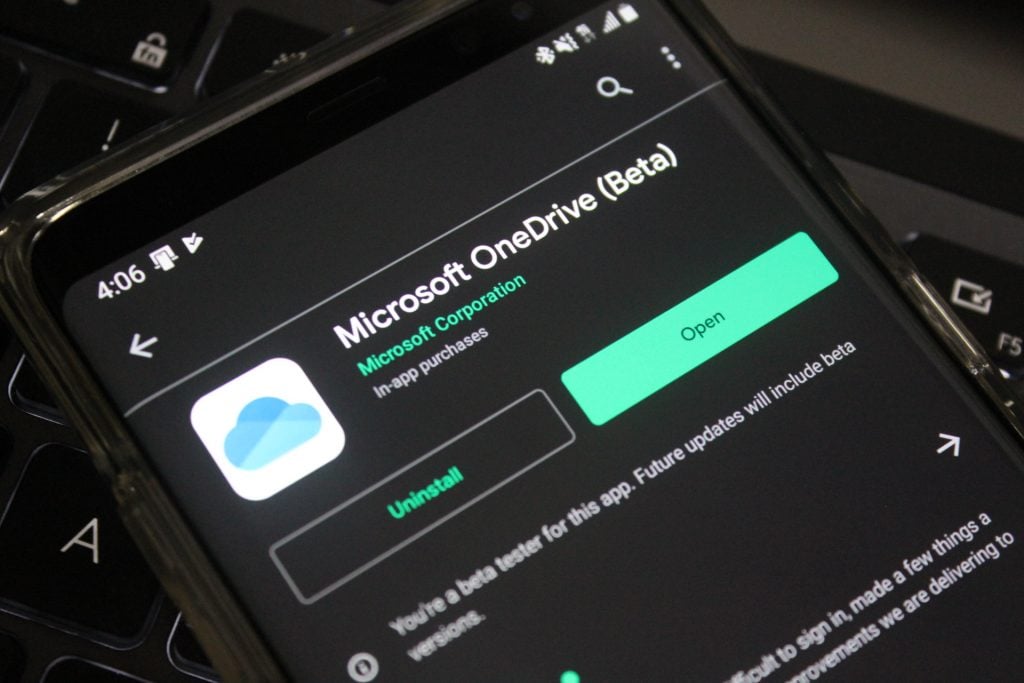 If you're using the OneDrive app on your Android device, you might be in for a treat. Microsoft is now rolling out a new update for the app, which is enabling a dark theme similar to the one that recently shipped on iOS (via Windows Latest.)

Although we're not seeing this dark mode on our end, it is apparently in A/B testing and is rolling out to select users running version 5.4.1.3 of the OneDrive app on Android. Anyway, it would appear as though this update enables a true "lights out" experience all across the OneDrive application. Both the navigation bar and tabs along the bottom, as well as the background behind folders or images all turn black. Text and images are much easier to see compared to the regular version of the app.

As Windows Latest reports, this Dark Mode option is currently only available for phones running Android 9 or newer. The app will automatically respect the system theme option on these phones, and there isn't a toggle switch to turn it on or off. However, in phones with Android 10 or newer, the dark node option can be enabled by going to Android Settings clicking Developer settings and then choosing the Override force-dark toggle and setting it to on.

How to install and use PWAs with Edge Insider