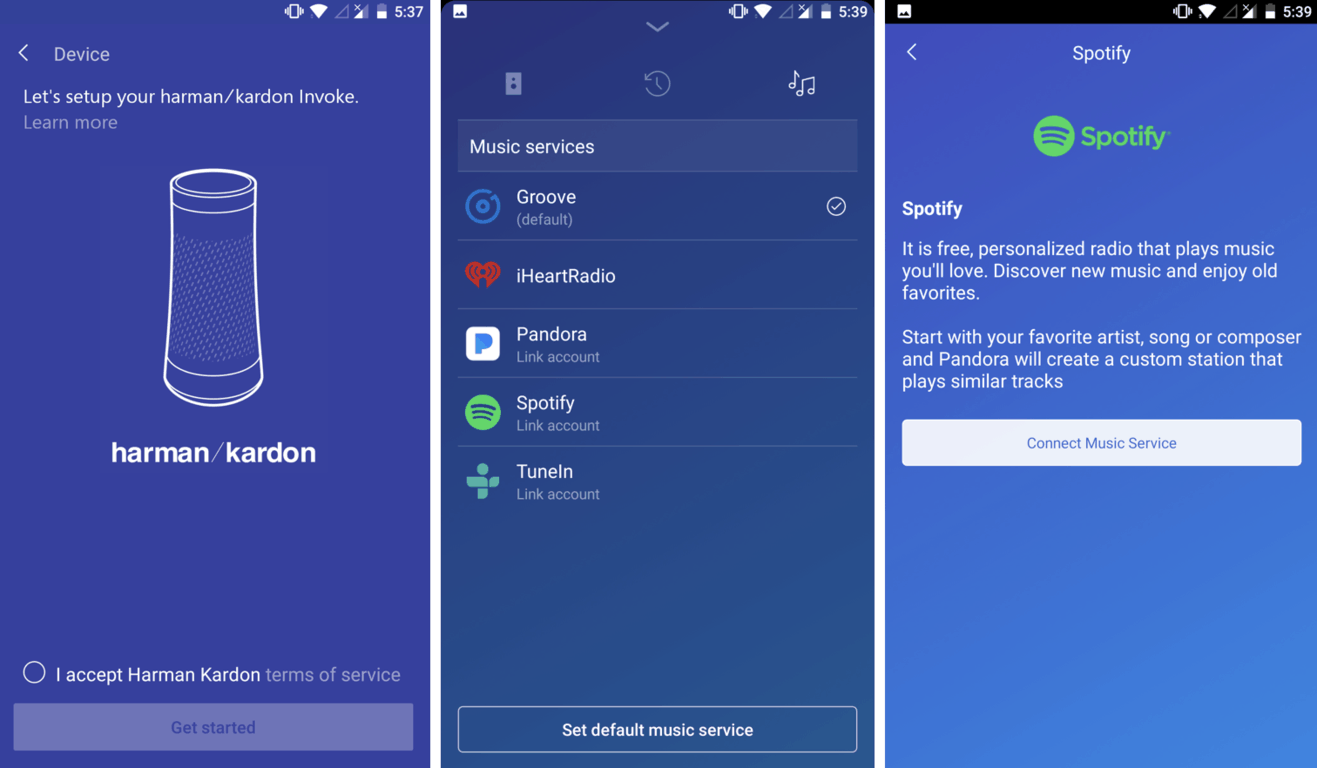 Microsoft today announced that some U.S. consumer-centric features of Cortana are being phased out soon due to low usage (via ZDNet). As a part of the three-step change process, Microsoft plans to drop support for all third-party Cortana skills on September 7. Then Microsoft will remove the ability to use Cortana to control Harman Kardon Invoke speakers, and Cortana mobile app support will also be ended in early 2021.

"As we make this shift toward a transformational AI-powered assistant experience in Microsoft 365, we need to adjust our focus areas of innovation and development to give our customers assistance where they need it most. As a result, we are making changes to some U.S. consumer-centric features and functionalities with lower usage," the company explained in the support article.

Microsoft has collaborated with Harman Kardon to convert existing Invoke speakers into Bluetooth-enabled devices via a firmware update coming in early 2021. The firmware update will be delivered automatically to devices connected to wifi within six months of its release, and once it's installed users will still be able to listen to music, podcasts, and radio stations via Bluetooth without using Cortana.

In addition, Microsoft noted that the first generation Surface Headphones will no longer support the older version of Cortana starting early next year. However, users will still be able to use the new Surface Earbuds and both Surface Headphones variants to access the built-in Cortana feature in Outlook mobile for using the Play My Emails feature and managing their inboxes.

The company will provide Microsoft Store gift cards to all users affected as a result of this change. If you are a Surface Headphone or Invoke speaker owner, feel free to check out Microsoft's support page to learn more about the Microsoft gift card program.