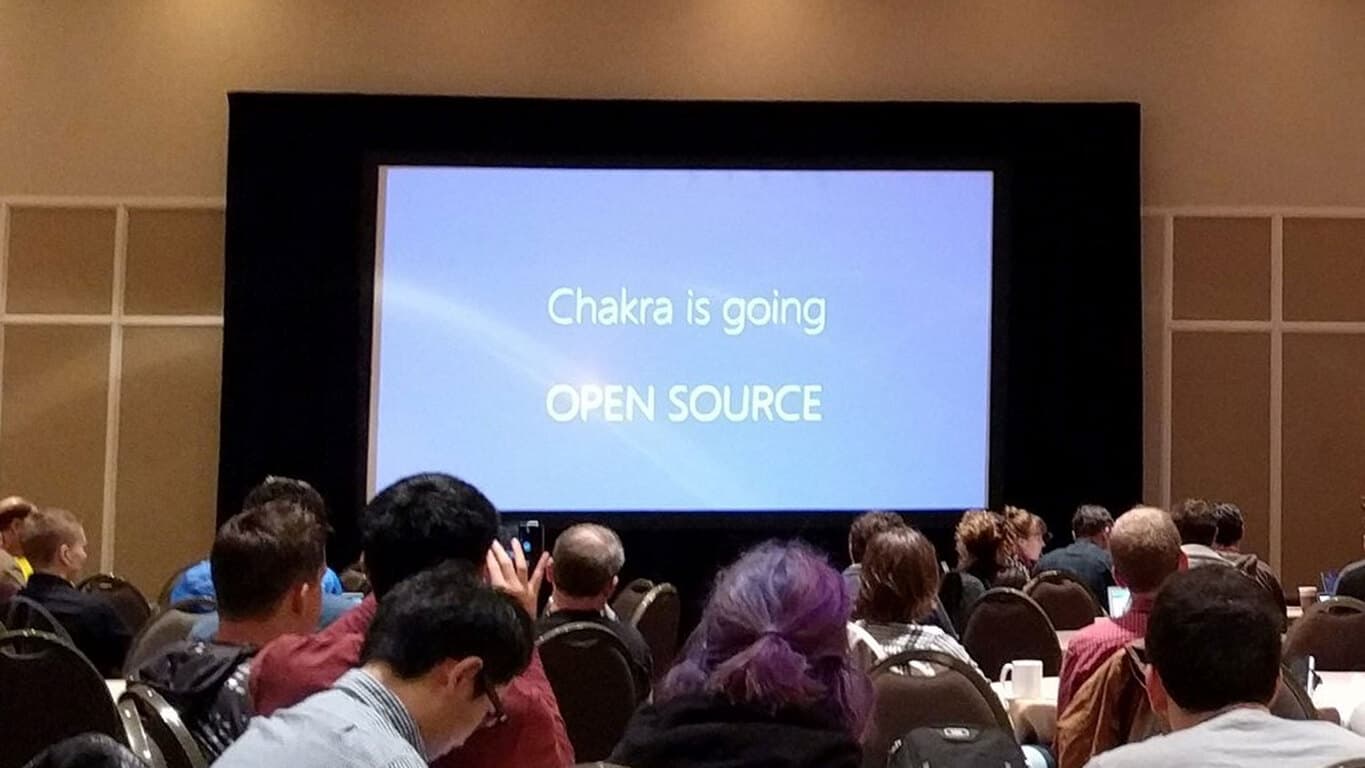 Today at JSConf Last Call in Florida, Microsoft made something of a bombshell announcement: they're open sourcing much of their Chakra JavaScript engine. The company will host ChakraCore on GitHub, beginning early next year. ChakraCore is most of what's included in Microsoft's new Edge web browser, minus some specific bindings to the browser or the Universal Windows Platform, and some COM based diagnostic APIs, which will be replaced by a new set of modern diagnostic APIs.
ChakraCore is described as:

...a fully fledged, self-contained JavaScript virtual machine that can be embedded in derivative products and power applications that need scriptability such as NoSQL databases, productivity software, and game engines. ChakraCore can be used to extend the reach of JavaScript on the server with platforms such as Node.js and cloud-based services. It includes everything that is needed to parse, interpret, compile and execute JavaScript code without any dependencies on Microsoft Edge internals.

The JavaScript engine was built to run the web faster, and Microsoft is using it to not only power Edge, but to run Azure DocumentDB, Cortana, and Outlook.com, as well as Universal Windows applications running on anything from a phone to a PC an Xbox One. Chakra in Edge is performing well against its competitors, even including IE 11, as you can see in this chart:


While Chakra is Windows only at the moment, Microsoft is "committed to bringing ChakraCore to other platforms in the future". You can learn more about the announcement from the blog post, or by following @MSEdgeDev on Twitter
(featured image credit: Kenneth Auschenberg)