Microsoft to open first cloud datacenter region in Israel - OnMSFT.com Skip to content
We're hedging our bets! You can now follow OnMSFT.com on Mastadon or Tumblr! 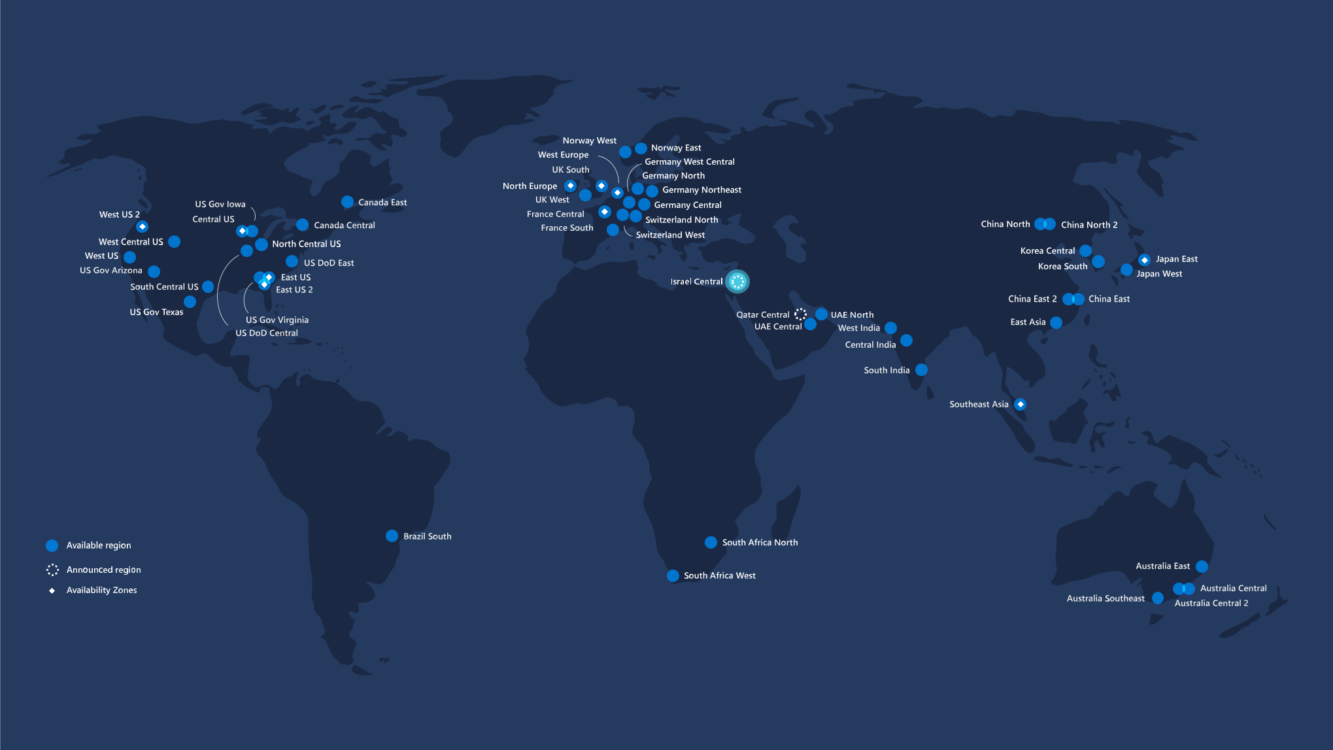 Microsoft is continuing to expand its Azure datacenter footprint, this time with its first datacenter region in Israel. The new “Israel Central” location is expected to open in 2021, and will bring the total footprint of datacenter to 56 regions among 21 countries.

In addition to offering Azure cloud infrastructure in the region, the company also plans to offer Office 365 further down the road. According to Michel van der Bel, President of Microsoft Europe, Middle East and Africa:

“When I speak to customers across EMEA, it is clear that the power of the cloud is essential for their competitiveness. We have made significant infrastructure investments in the region and with this announcement, our planned region in Israel will join a growing number of EMEA markets recently made available including Germany, Norway, South Africa and Switzerland. Offering Microsoft Azure and Office 365 from a datacenter region in Israel forms a key part of our investment and involvement in the startup nation, as infrastructure is an essential building block for the tech intensity that public sector entities and businesses need to embrace.”

In addition to giving many businesses and organizations data residency within their own country, Microsoft also highlights GDPR compliance as a way to give piece of mind about privacy and security.

As highlighted in the Azure blog post, the company's investments in Israel began in 1989 with the opening of a local branch, and has also established its first R&D center outside of the U.S. in the country in 1991. The company also plans to open a Microsoft Israel campus later this year.

Microsoft also plans to open a datacenter next year in Qatar, and has also opened detacenters in Norway, Germany, and Switzerland, among others in the last year alone. The company’s continued investments in Azure are likely part of the reason why tech companies have voted more favorably for Azure as opposed to its number one rival, Amazon AWS.

Project xCloud preview will come to Canada starting January 29, and you can sign up today