Microsoft to offer two custom Game of Thrones Xbox One consoles to lucky fans - OnMSFT.com Skip to content
We're hedging our bets! You can now follow OnMSFT.com on Mastadon or Tumblr! 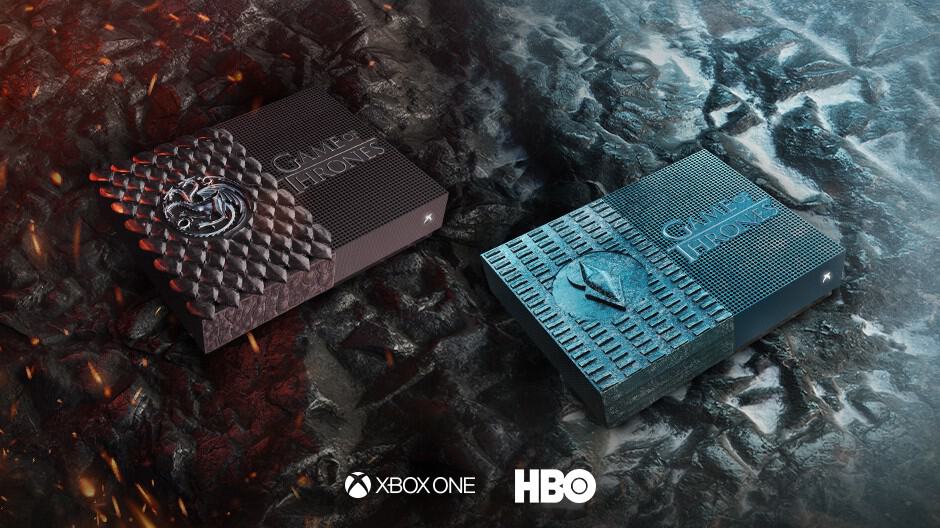 Microsoft’s Xbox One S All Digital edition has only been available for purchase for a couple of days now. However, that hasn't stopped HBO from partnering with Microsoft to produce the two different special Game of Thrones edition disk-less consoles in celebration of the series’ final season. Of course, as always, these special edition consoles are not available for sale, instead they are available as a prize to those who win it in one of the contests.

As described on the Xbox Wire blog post, the House Targaryen console features the Targaryen crest, which sits on top of the casing which resemble leather dragon scales. Those who would like to take a shot at potentially winning one of these must follow the official Xbox Twitter account, and retreat the reveal post using the #GamerThrones and #Sweepstakes hashtags.

RT for a chance to win a Targaryen Xbox One S All-Digital Edition console. Head to Facebook for a shot at the Night King edition: https://t.co/HplIM8awY9

Catch the final episodes of #GoT on @HBO NOW. Pre-order Season 8 on Xbox. #GamerThrones #Sweepstakes pic.twitter.com/WxkmzK5Ydy

The Night King console features a “weathered tin metal” which is intended to resemble his armor as seen in the series. Similarly to the House Targaryen console, the system can be won by liking the reveal post on Facebook.

The contests will begin starting today, and the last chance to participate will land on May 22nd. Only one of each consoles are available, so if you're a big Game of Thrones fan, you hate disks, and you love ultra-rare items, then it’s definitely something for you to check out.

Of course, even if you don't win one of these, Microsoft still has other Game of Thrones giveaways. If you pre-order the season 8 on Xbox through the Microsoft Movies and TV app, you can receive a free exclusive Iron Throne avatar for your Xbox Live account. Additionally, you can also choose to bundle the entire eight-season collection altogether and get two additional free avatars.