Microsoft will drop support for Skype Classic in November - OnMSFT.com Skip to content
We're hedging our bets! You can now follow OnMSFT.com on Mastadon or Tumblr! 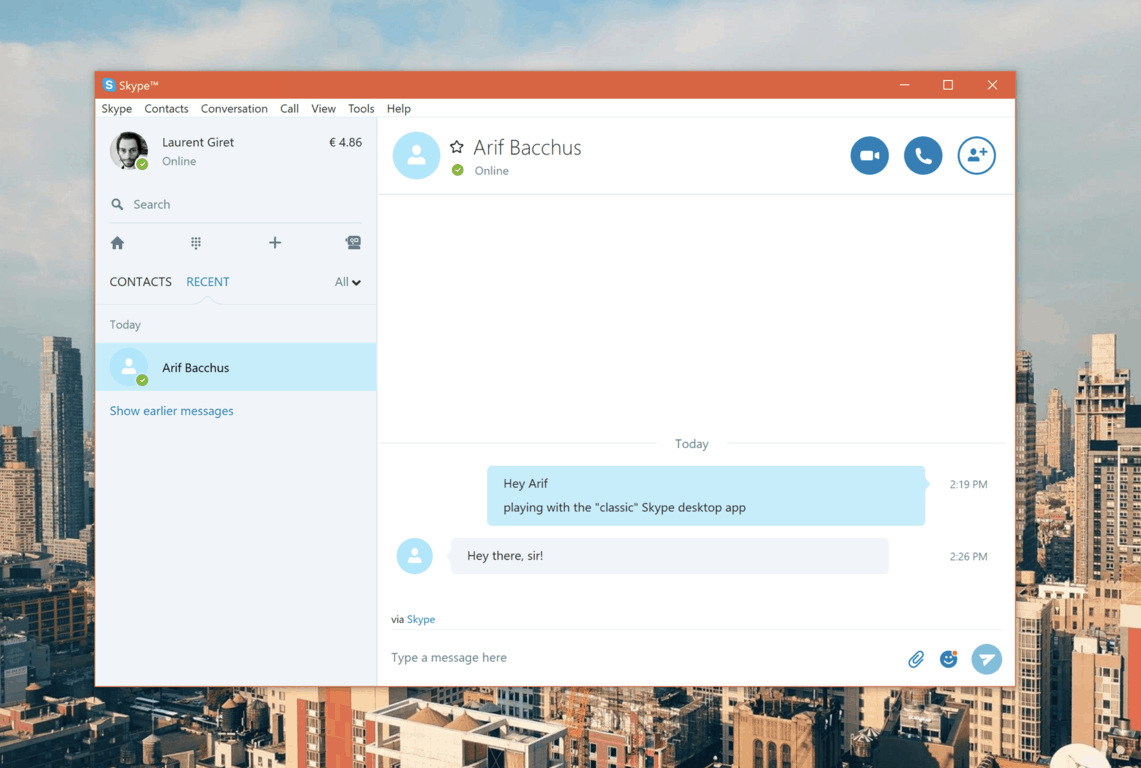 Fans of Skype classic on desktop and mobile will soon have to say goodbye to the legacy apps. Yesterday, Microsoft announced that it will drop support for these apps in November, and start pushing everyone to the new Skype version 8 in waves over the coming months.

“As we continue to focus on and improve Skype version 8, support for Skype versions 7, and below will end on November 1, 2018 on desktop devices and November 15, 2018 on mobile and tablet devices,” the company explained yesterday. “Although you may be able to use older versions for a little while, we encourage you to update today to avoid any interruption.” It's not clear yet when the Skype Classic apps will completely stop working on desktop and mobile.

The announcement may come as premature as there is still no complete feature parity between Skype version 8 and Skype classic. On Windows, the latter lets you open conversations in separate windows, be notified when your contacts go online and offline, and more. Overall, power users still prefer Skype Classic because it has been built from the ground up for the desktop, while Skype version 8 is a cross-platform app that uses a mobile-inspired UI.

Skype version 8 received a ton of criticism since it launched last year, but Microsoft has been working hard to make it as good as Skype Classic, and the company isn’t done yet. “We’re continuing to work on your most requested features, the Skype team said. "Recently we launched call recording and have started to roll out the ability to search within a conversation. You’ll soon be able to add phone numbers to existing contacts, have more control over your availability status, and more."