"With all our latest updates, we’re confident in To Do being the best alternative for Wunderlist now and so we believe it’s the right time to make the next move. Now, we want to dedicate all our time to growing that cross-suite experience that transforms how you achieve your goals and dreams,” the Wunderlist team announced today.

Starting today, Wunderlist is no longer accepting new sign-ups, but the app will be working as usual through May 6, 2020, when tasks will no longer sync. After that date, you’ll still be able to import your Wunderlist tasks into Microsoft To Do for a limited time.

"When you move to To Do, you’ll notice that our new design now looks and feels similar to Wunderlist: the layout is familiar, with list groups, steps, and more,” the team explained. Microsoft To Do also supports shareable lists and integrates with several Microsoft apps and services including Outlook, Cortana, and Microsoft Planner.

Microsoft To-Do is currently available on Windows 10, macOS, iOS, Android, and the web, and the app supports both personal Microsoft accounts and Office 365 accounts. When you sign into the app for the first time, a pop will invite you to import your tasks from Wunderlist, making the transition as seamless as possible. You can learn more about the upcoming deprecation of Wunderlist on this FAQ. 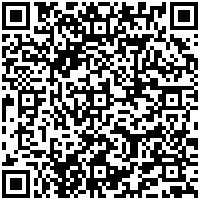