Microsoft is finally bringing its To-Do app to the Mac this month. The task manager app has recently appeared on the Mac App Store, where it’s expected to be released on June 17. You can actually “pre-order” it now so that it will automatically install on its release day.

Microsoft is keeping the design of its To-Do app consistent across platform, so the Mac version should instantly look familiar. As Apple is about to revamp its native Reminders app on iOS 13 and macOS Catalina later this Fall, the Redmond giant chose a good timing to release its popular task manager on macOS.

It’s also interesting to see Microsoft choosing to release its To-Do app on the Mac App Store. The digital storefront already welcomes the Office 365 Suite, OneDrive, and the Microsoft Remote Desktop app, but the company is still keeping other apps such as Skype, Microsoft Teams, or the new Chromium-based Edge browser outside of the Mac App Store.

Microsoft To-Do will require macOS 10.13 or later, and you can pre-order it from the Mac App Store using the link below. 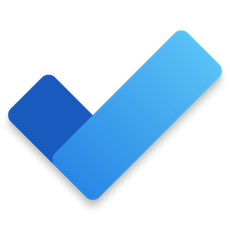