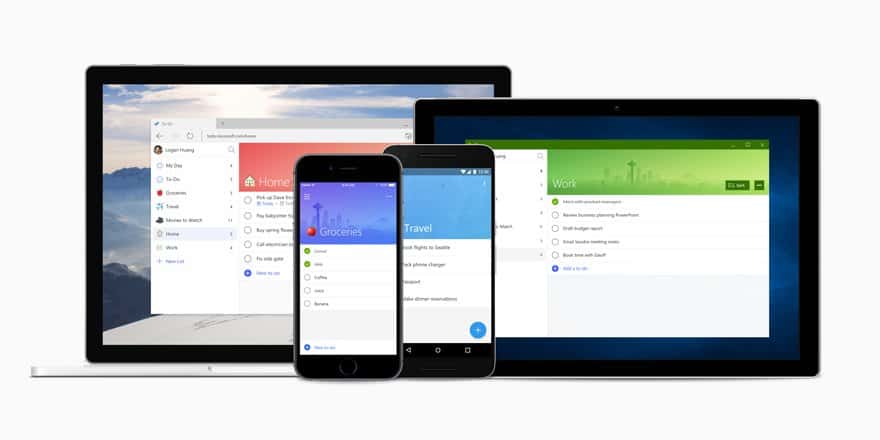 Microsoft To-Do, the company's new task manager app has started to roll out to all Office 365 users, a couple of weeks after being opened to Office 365 Education accounts. Office 365 admins should now receive an email explaining how to assign licenses for Microsoft To-Do to users in their organization.

The email also says that the Microsoft To-Do Preview is “almost over,” and that the task-manager app should be on-by-default for all Office 365 users in "no less than 30 days." From that point, To-Do will appear in the Office 365 App launcher on the web, which makes sense as the To-Do web app, accessible on to-do.microsoft.com now supports both personal Microsoft accounts and Office 365 accounts.

Microsoft To-Do is set to replace Wunderlist in the near future, and it can already import all data from this other task manager app. To-Do also integrates with Outlook Tasks (assuming you use both apps with the same account, though it's worth noting that the app doesn’t yet support all the varied features of Outlook Tasks such as the start and end dates, task status, task completion percentage and more. “We are currently working to deepen our Outlook integration,” Microsoft explains on the support website.

Xbox One X “Feel True Power” TV commercial is out, watch it here

Office Mix to be retired next May, PowerPoint in Office 365 to gain many of its features