Microsoft to acquire Activision Blizzard for $68.7 billion Skip to content
We're hedging our bets! You can now follow OnMSFT.com on Mastadon or Tumblr! 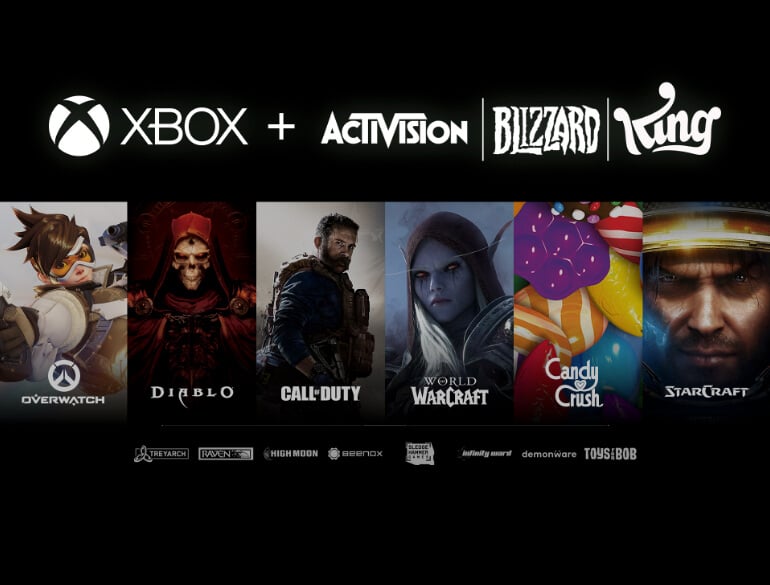 Microsoft is planning to acquire Activision Blizzard, the publisher of Call of Duty, Diablo, World of Warcraft, and Overwatch in a blockbuster deal valued at $68.7 billion. This will be Microsoft’s most expensive acquisition by far, beating the previous acquisition of LinkedIn for $26.7 billion back in 2016.

Just like LinkedIn, Microsoft’s acquisition of Activision Blizzard will be an all-cash deal. "When the transaction closes, Microsoft will become the world’s third-largest gaming company by revenue, behind Tencent and Sony,” the company explained. Microsoft expects the deal to close in the fiscal year 2023, assuming the acquisition gets the green light from all regulatory organizations.

With over 10,000 employees currently working at Activision Blizzard, the deal should have a major impact on the video games industry. A franchise like Call of Duty is a guaranteed best-seller every year, and Activision Blizzard games represent "nearly 400 million monthly active players in 190 countries and three billion-dollar franchises."

In addition to Activision's blockbuster franchises, Microsoft will also be acquiring popular mobile games such as Candy Crush, as well as global eSports activities with Major League Gaming. "This acquisition will accelerate the growth in Microsoft’s gaming business across mobile, PC, console and cloud and will provide building blocks for the metaverse,” Microsoft said today.

Once the deal closes, Microsoft will own 30 internal game development studios, which is up to 23 following the company’s acquisition of ZeniMax/Bethesda last year. Bobby Kotick, the current CEO of Activision will keep his role during the transition, and Microsoft mentioned that Activision will then report directly to Phil Spencer, who the company now refers to as "CEO of Microsoft Gaming.”

“Players everywhere love Activision Blizzard games, and we believe the creative teams have their best work in front of them,” said Phil Spencer, CEO, Microsoft Gaming. “Together we will build a future where people can play the games they want, virtually anywhere they want.”

Update 10:22 AM ET: Phil Spencer, CEO, Microsoft Gaming clarified in a separate post that Activision Blizzard should continue to be supported on other platforms, we've updated our story to mention it.

These are the new generation of education-first devices powered by Windows 11 SE, now rolling out globally