Microsoft is currently testing a new Project Centennial version of its Microsoft Office 2016 suite for desktops, allowing the full suite of programs to be downloaded in a single click via the Windows Store, specifically optimized for Windows 10. Right now, it doesn't appear the apps work, but it's good to know the company is in the middle of making the transition over to Centennial, or at least considering it.

The download process is pretty straightforward, you simply click download and the Windows Store will download the entire Microsoft Office 2016 suite in about 10 minutes, install it and have it ready to launch in the Start Menu. Sadly, none of the apps appear to work, at least here on our test machine running build 10586. The apps do list themselves correctly however, which is very interesting indeed.

It's exciting to see Microsoft planning to port more of its first party apps over to its 3 Windows 10 app bridges. Project Centennial makes it easy to port Win32-based apps over to the Windows Store, allowing for easy one click-installs for consumers and easy app updates from developers in the future, as well as other benefits such as live-tile support and Windows 10 integration.

You can try out the apps yourself via the Windows Store via this link, perhaps you'll have better luck than us although we hear a number of other people haven't even been able to initiate the download let alone install it. We'll keep you posted regarding any new developments in this area, in the meantime, would you welcome a Project Centennial version of Office 2016 for desktops? Let us know below! 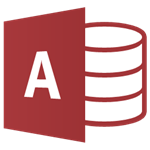