Microsoft is teasing Windows 10 linguists by listing a new Translator 10 Beta app in the Windows Store but refusing to serve it up. The universal Windows 10 app shows up in the store for both PCs and phones, and offers up screenshots for both platforms, but is currently unavailable to both.
The Windows 10 version appears to offer much of the functionality of the previous Windows 8.X version, but integrates the Windows 10 user interface elements. You can use it to snap a picture of a sign and translate it on-screen, speak and the app will speak back in the preferred language, or discretely type words and phrases and try to impress French waiters when ordering a meal.
A full list of features follows:


Microsoft provides no indication of when the app will be available, nor how long it will remain in beta. Keep an eye on the Windows Store, though, and we'll be sure to report back when it's finally ready to download. In the meantime, you can play with the Windows 8.X version of Translator to get a feel for the new app's functionality. 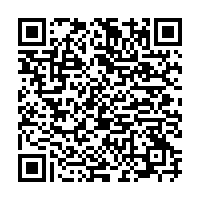