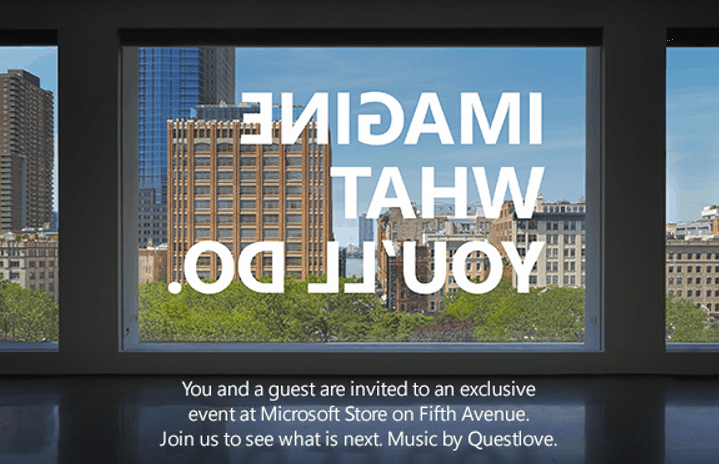 Two weeks ago, Microsoft officially announced that it would hold a event on October 26th, 2016 in New York City to showcase what’s next for Windows 10 as well as its growing portfolio of first-party devices. As we’re now less than a week before the kick off, we just spotted that the company has updated its Microsoft Store website with a live countdown clock to spread awareness about the much-anticipated event.

There is a new countdown on the Microsoft Store website.

Clicking on the countdown will lead you to a landing page where you can easily add the event to your calendar. It’s worth noting that Microsoft is also advertising the event on its main website, as you can tell from the new “Devices” landing page below:

The main Microsoft website is also advertising the upcoming event.

As a reminder, Microsoft is rumored to unveil new Surface hardware during the event including a new Surface all-in-one PC. We also expect to learn more about new features to be included in the next major release of Windows 10 codenamed “Redstone 2.” We will attend the event and cover it live so stay tuned on WinBeta if you don’t want to miss anything!