Microsoft is working on an update that will allow users to adjust the playback speed of Teams meeting recordings. The variable playback feature is still under development, and it will start rolling out to the targeted release customers in early August.

Users will be able to open the Playback speed menu by clicking an icon available in the bottom right corner of all Microsoft Teams meeting recordings (as shown below). “This menu contains options for slower speed (0.5x), normal speed (1x), and faster speed (1.2x, 1.5x, 1.8x, and 2.0x). The setting that a user chooses will persist for the duration of their browser session; they can change it at any time using the Playback speed menu,” the company explained in the Microsoft 365 admin center. 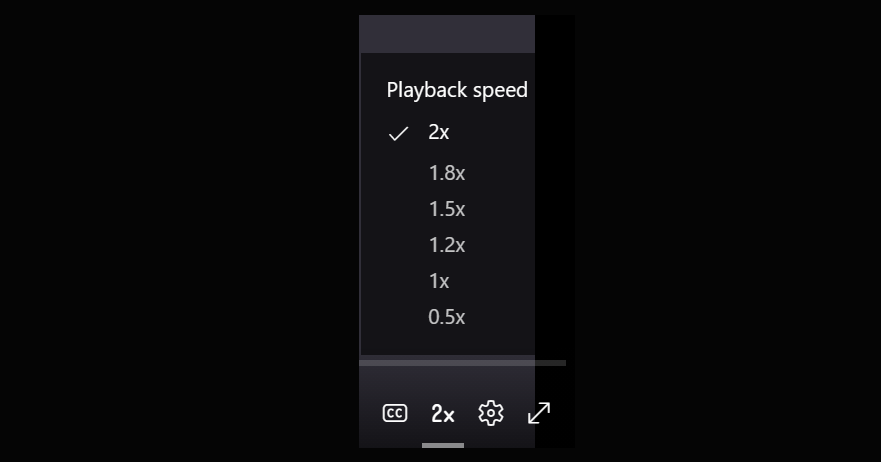 The variable playback experience should help people save some time by going through the content quickly without skipping it. It can also benefit both students and enterprise users who want to watch video recordings at a lower rate to better understand a specific concept. Microsoft Teams has also released a new automatic recording option for meetings.