Microsoft has released a new update for its Teams app for Android and iOS. The latest update adds a new feature meant to optimize network data usage in video calls and meetings. The feature is rolling out now, and according to the Microsoft 365 Admin Center, it should be generally available by mid-March.

The new low data mode was first spotted on the Microsoft 365 roadmap earlier this week. The app now allows users to enable an option to reduce the bandwidth by choosing different settings based on network availability. It has been primarily designed to limit the amount of data the Teams mobile app uses during video calls and meetings.

“With this feature enabled, we will deliver the best quality experience for the given meeting complexity (number of video participants, variety of bandwidth conditions, multiple modalities, etc.) limited to 500 kbps on average,” the company explained. 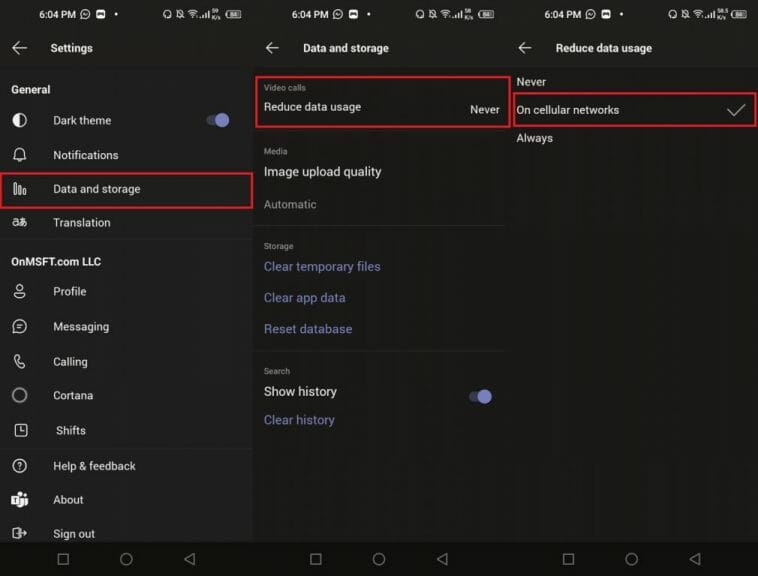 To enable low data mode, users will need to head to Settings, Data and storage, and then tap the “Reduce data usage” option. Finally, select one of the following settings (“on cellular networks” or “Always”) from the list.

The ability to manage data usage in Teams on mobile devices is a welcome change. With the continued shift to remote working, people frequently struggle with poor or limited bandwidth, and this new capability could be beneficial for them. If you are using Microsoft Teams on iOS or Android, you can head to the Apple App Store or the Google Play Store to download the latest update.