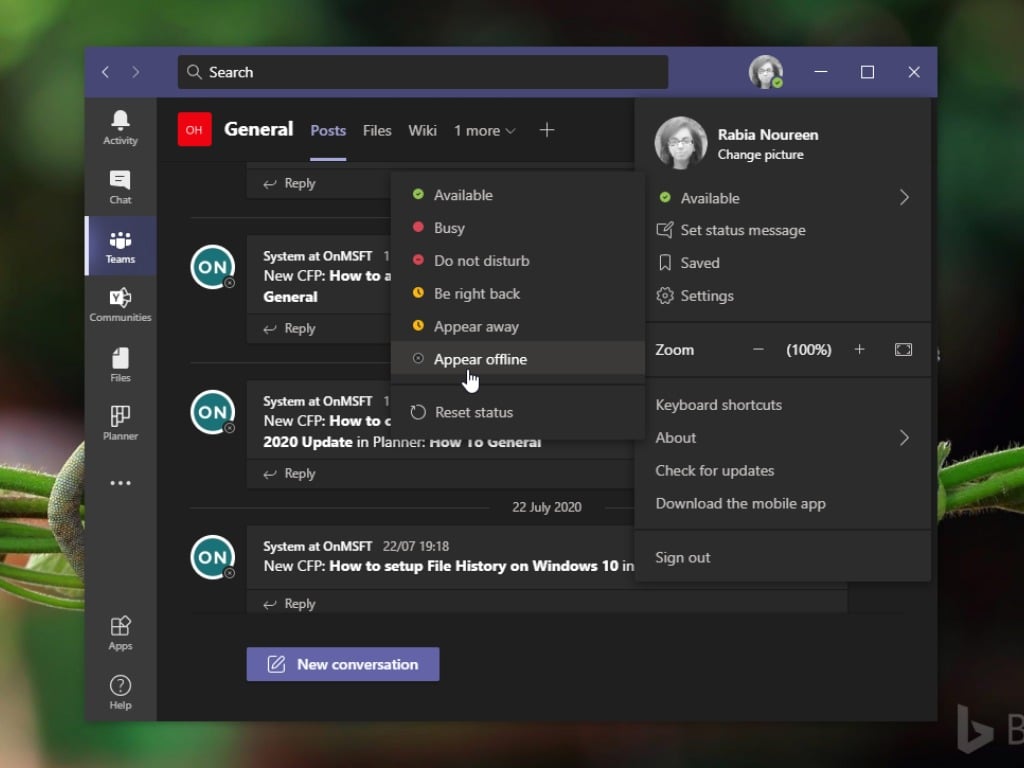 At the Ignite 2020 digital conference last month, Microsoft announced a slew of new features for Microsoft Teams. As a part of that announcement, the company revealed that it would be adding the ability for Teams users to appear offline. Microsoft Principal PM, Vincent Bellet has announced via a LinkedIn post that the feature is now available in Microsoft Teams.

The new Offline Status option appears at the bottom of the Presence Status settings list. Once the Offline Status indicator is set, the change will be reflected in the person’s profile icon. If the feature doesn’t change the way Microsoft Teams works, it gives users full access to the app while keeping their presence hidden.

The Offline presence status comes in handy for people who want to access Microsoft Teams outside of working hours and users who simply want to focus on their work. Just as a reminder, Teams users will also get the ability to change their presence for a specific period of time next month. How do you think this new Presence indicator will impact your work? Let us know in the comments down below.