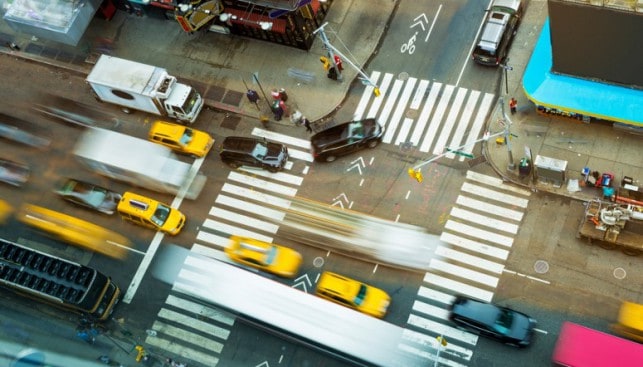 Today, Microsoft announced that it is partnering with DataKind, a nonprofit organization dedicated to using data science to further humanitarian goals. In collaboration with Microsft, DataKind Labs is running a program called Vision Zero - Vision Zero was launched in the 1990's in Europe, and aims to use data science to eliminate all traffic fatalities and severe injuries while implementing more efficient mobility.
As Vision Zero gains traction in major American cities, Microsoft is putting their weight behind the program to help it do as much good as possible. With several major cities already signed on, the potential for significant improvement in traffic conditions is looking to be a real possibility. With the help of Microsoft, Vision Zero will be looking at data from government agencies, individuals, and the private sector.
When gathering this data, "The goal is to identify behaviors and patterns that will help cities make decisions about what changes might be useful, which modifications should receive resources first, and how to determine if interventions are effective." With a company with as much global reach and access to information as Microsoft, it seems like that's a fairly viable goal. That being said, it remains to be seen if any change will be reflected any time soon with this initiative. Even if Microsoft and DataKind Labs can find the ideal solution to our traffic issues, the problem ultimately rests on the shoulders of cities being willing to put money into fixing their infrastructure. Taking on a project like that can be financially significant, and may not happen overnight.
However long it takes to make a real difference, this can only be a good thing. Microsoft's decision to throw its weight behind a humanitarian issue is refreshing, and DataKind Labs seem to be an organization that's entirely capable of bringing about significant change. Here's hoping that Vision Zero can take off in the United States some time soon.

New advertising options being given to Windows Store developers