Microsoft Teams now lets you view all your Tabs, edit messages and more on iOS and Android

Since Microsoft Teams became generally available to Office 365 commercial users two months ago, the company has been iterating fast to improve its team collaboration app with various new capabilities. As of today, you still have to use the web or desktop apps to get the full experience, but the Teams mobile apps are slowly but surely becoming more capable.

Last week, the Android app received a big update bringing support for tabs in channels, the ability to edit your messages and more. The iOS app received a similar update yesterday, and you can see what’s new in the latest version 1.0.13 below: 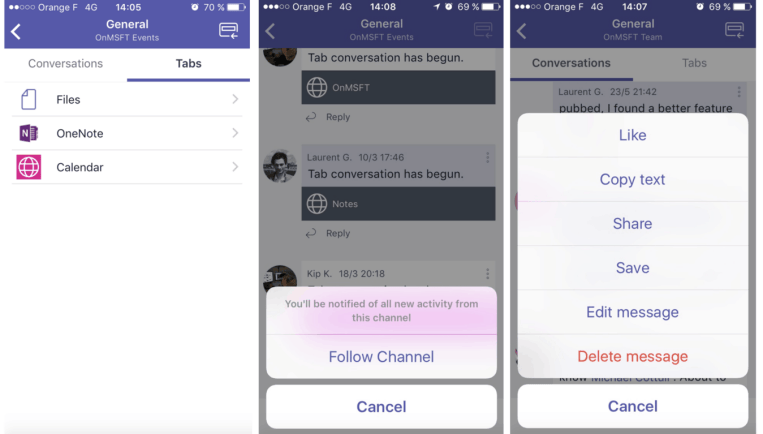 The ability to access OneNote and Planner tabs on mobile seems quite handy , though there is no integration with the dedicated iOS apps for now: by default, the app will open these tabs in Safari, which adds some friction to the experience. Still, this is a pretty solid update overall, and we hope that all these new features will soon roll out to the Windows 10 Mobile app. Sadly, this version of the app has always been lagging behind its iOS and Android siblings, and it still lacks support for voice and video calling. If you didn’t try it yet, you can get the Microsoft Teams app on your mobile platform of choices by using the download links below.