Microsoft Teams Comes to Microsoft Store on Windows 10 & 11 Skip to content
We're hedging our bets! You can now follow OnMSFT.com on Mastadon or Tumblr! 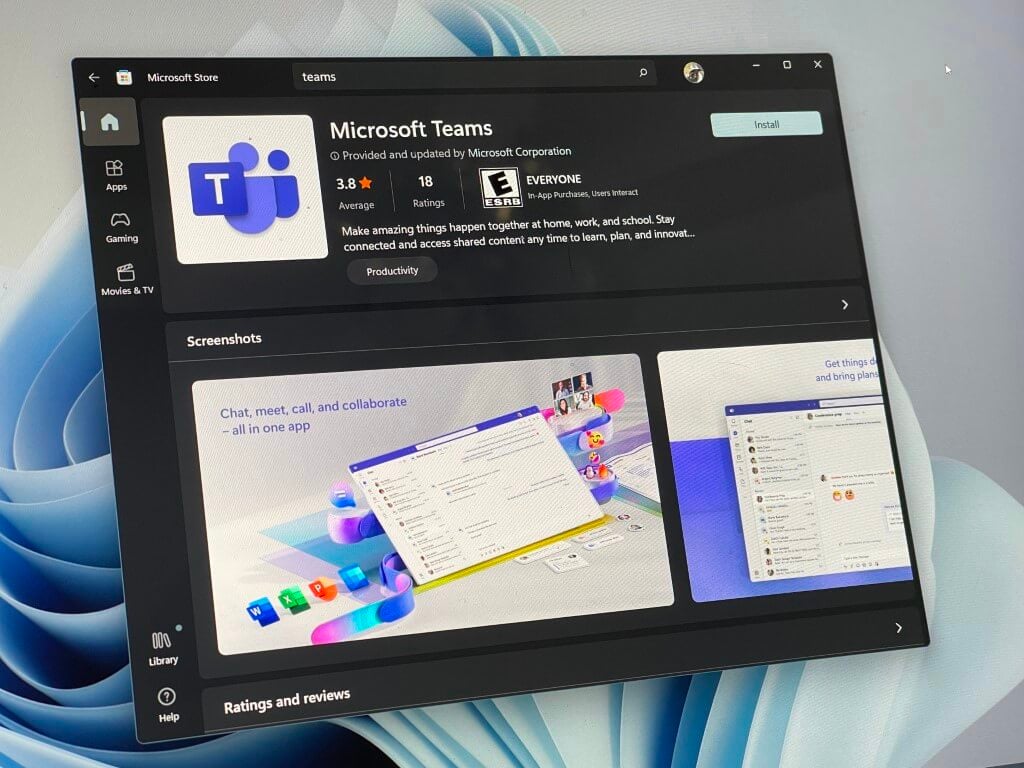 The moment has finally arrived. Microsoft Teams is now officially available as a download in the Microsoft Store on Windows 10 and Windows 11, as shared by Microsoft Group Program Manager, Mik Chernomordikov on Twitter (via Thurrott.com.)

This availability comes several weeks after Microsoft first teased the app coming to the store with a listing in the Microsoft 365 roadmap. Yet if you're looking to use this store version of the app, it is important to note, that it only supports work and school accounts on Windows 11. On Windows 10, though, the app supports all accounts, including consumer.

If you're expecting the Store version of Teams to perform differently than the version you can download from Microsoft's website, then don't be mistaken. In our tests on Windows 11, the app is the same as the one that Microsoft offers for manual download, down to the version number (1.5.00.11163.) Additionally, for us, installing this Store version on Windows 11 appears to update and replace our previous Teams for work and school install that we previously had from Microsoft's website.

As we said before, this is more about helping make Teams easier to download, so you can skip the trip to Microsoft's website. Now that Teams is in the Microsoft Store, it joins Microsoft's other apps like Visual Studio, Microsoft Edge, the Office suite, and PowerToys. Not to forget big third-party apps like Discord, VLC Player, and Zoom.