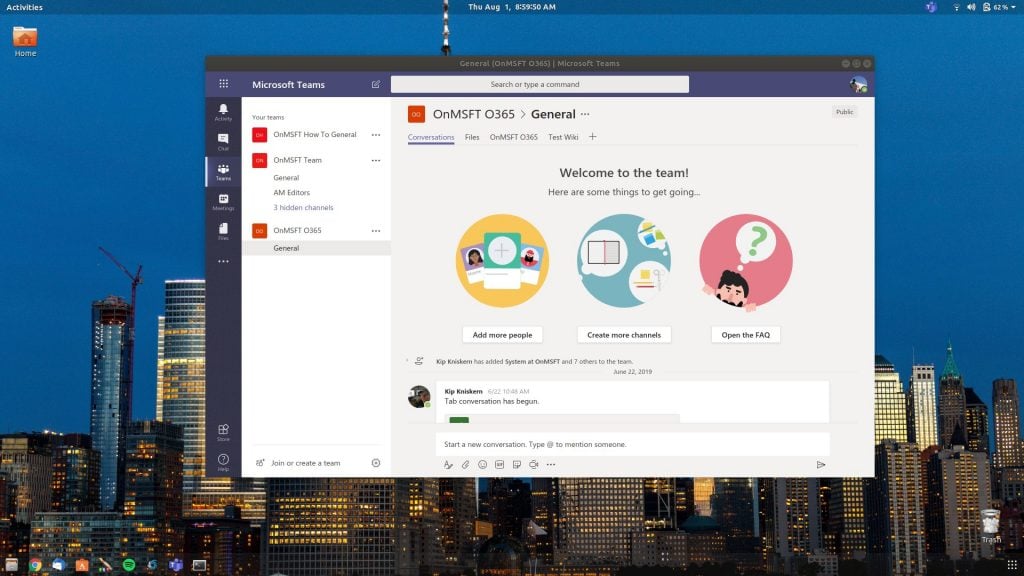 Currently, official Microsoft Teams apps, built and developed by Microsoft, are available on iOS, Android, macOS, and Windows 10. Linux users, however, have had to either depend on the web interface, or a third-party application from a private developer. Well, that may soon change, as an official Teams app could soon make its way to Linux (via Windows Central.)

It's not exactly clear when Microsoft is specifically planning on bringing Teams to Linux, but recent comments from a 2016 post on the Teams UserVoice website hints at a future arrival. "We know so many of our customers use Linux and we want Teams to be available for everyone. Stay tuned for more information soon," explained a Microsoft engineer. The post has since been marked as "on the backlog," which means that it currently isn't scheduled, but Microsoft is still actively considering adding it.

This post was originally discovered by a Twitter user, who points out that a Linux APT report has also been created for Teams on Linux, though nothing is inside as of yet. This is significant, as an APT is typically what end-users would connect to in order to download and install the application once available. Time will tell as to when Teams will make its official arrival on Linux. In the meantime, we have a guide on how you can get up and running with the unofficial beta Teams app on Ubuntu.