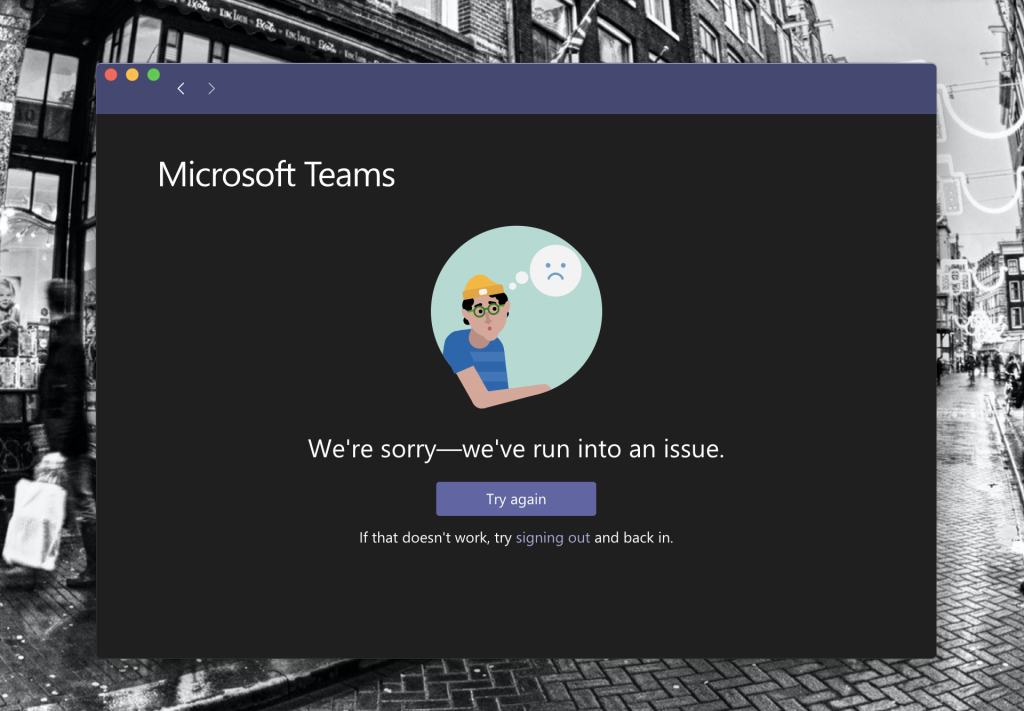 Microsoft is starting the week on a bad note this morning as Microsoft Teams, the company’s communication hub for Office 365 went down earlier today. We’ve been unable to access the app for 30 minutes now, and Microsoft has just acknowledged the issue on Twitter. The good news is that the rest of the Office 365 apps seem to be working as usual, for now at least.

We're investigating an issue where users may be unable to access Microsoft Teams. We're reviewing systems data to determine the cause of the issue. More information can be found in the Admin center under TM202916

"We're reviewing systems data to determine the cause of the issue,” the company explained. The company should share more details soon on the Office 365 portal (restricted to Office 365 admins), but we also invite you to follow the Microsoft 365 Status Twitter account for upcoming public announcements.

It's been quite some time since Microsoft Teams was affected by an outage, but Microsoft will hopefully be quick to fix the issue. The app crossed 20 million daily active users back in November, and it's already being used by many Fortune 500 companies. Obviously, Microsoft employees also use Teams to communicate internally, so that's another reason to get it back up and running asap.

Update 7:36AM PDT: As Teams is still now, the company has now explained that the issue is due to an authentication certificate that has expired. "We're developing a fix to apply a new certificate to the service which will remediate impact," Microsoft said.

We've determined that an authentication certificate has expired causing, users to have issues using the service. We're developing a fix to apply a new certificate to the service which will remediate impact. Further updates can be found under TM202916 in the admin center.

Update 8:25 AM PDT: After 2 hours of service interruption, Microsoft Teams is now getting back up after Microsoft deployed the updated certificate. "Affected users should start to see recovering in the next hour," the company noted on the Microsoft 365 portal.

We've initiated the deployment of the updated certificate and are monitoring service health as the fix progresses. Additional information can be found under TM202916 in the admin center.