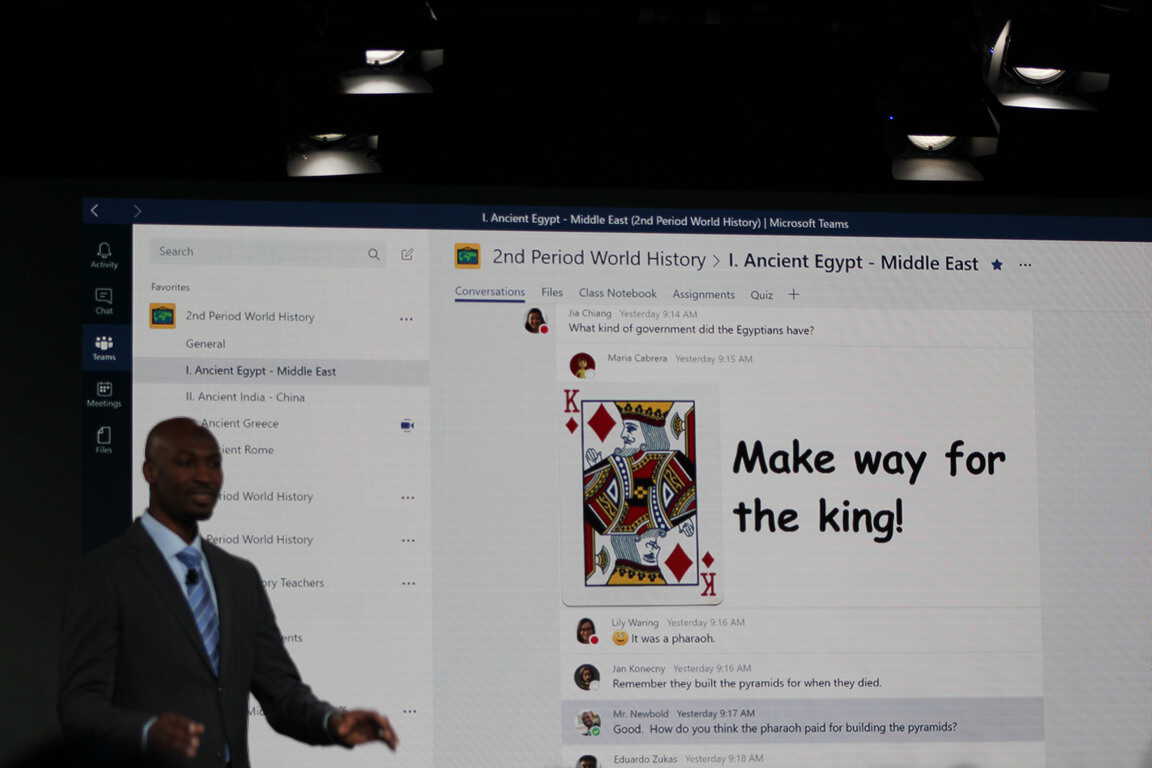 Microsoft, the company's new chat-based workspace in Office 365 became generally available a couple of weeks ago, but the company is already working on new use cases in the education market.

Today, the Redmond giant announced at its Education event in New York that Microsoft Teams would be included in its free Office 365 for Education offer, but the company has also announced a new classroom experience in the chat-based workspace.

With this new experience, teachers will be in complete control and be able to tailor the experience for their classrooms. It will also be possible to connect to external resources, and Microsoft also showcased other features such as a polling bot or video calls with education professionals.

By integrating Microsoft Teams within Office 365 for Education, Microsoft seems to be doing the right thing to make the new service as useful as OneNote for teachers and students. Let us know in the comments if you think Microsoft Teams could be big in education one day.